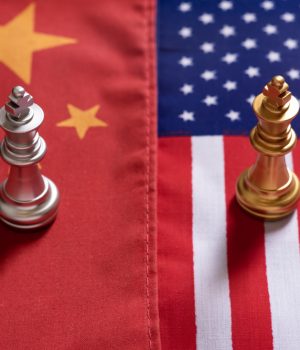 The GDP of China has fallen, reaching a near low for the first time in thirty years. China have been engaged in a trade war and this has affected Chinese manufacturing, Chinese exports and business.

During the ongoing trade war with the United States, it seems that Chinese businesses and investors are monitoring tariffs and sanctions carefully.

This has put pressure on Chinese manufacturing due to lower export revenues and also the trade war continues to spark speculation about a future recession.

Asian stocks have crashed since the data was published, reversing gains made on optimism that the EU and UK would reach a Brexit agreement.

The data also highlighted weaker demand for Chinese goods, both domestically and internationally.

Nie Wen, a Shanghai-based economist at Hwabao Trust said “Given exports are unlikely to stage a comeback and a possible slowdown in the property sector, the downward pressure on China’s economy is likely to continue, with fourth-quarter economic growth expected to slip to 5.9%. Authorities will loosen policies, but in a more restrained way”

The third quarter GDP was the slowest rate of growth since Q1 of 1992, and also took place on the governments full year target growth rate of 6-6.5%.

Even if the US and China manage to strike a trade deal, the long term sanctions placed by Donald Trump do not give a healthy outlook for Chinese business.

The IMF continues to warn the global economy about the implications of the US-China war. They warn international economies that 2019 will be the slowest year of growth since the 08/09 financial crash.

Beijing have utilized other tools in order to stimulate growth, such as fiscal inputs and monetary easing. However, the main obstacle is yet to be resolved.

Zhang Yi, chief economist at Beijing-based Zhonghai Shengrong Capital Management commented “As infrastructure investment is unlikely to rebound strongly, preventing a big slide in property investment will be key for authorities when they try to stabilize next year’s economic growth,”

Washington and Beijing have to make a trade agreement soon to end this feud, amid tensions with Brexit the global economy does not need another strain.

If nothing does come out of either party, then the implications for global GDP could see a potential recession.