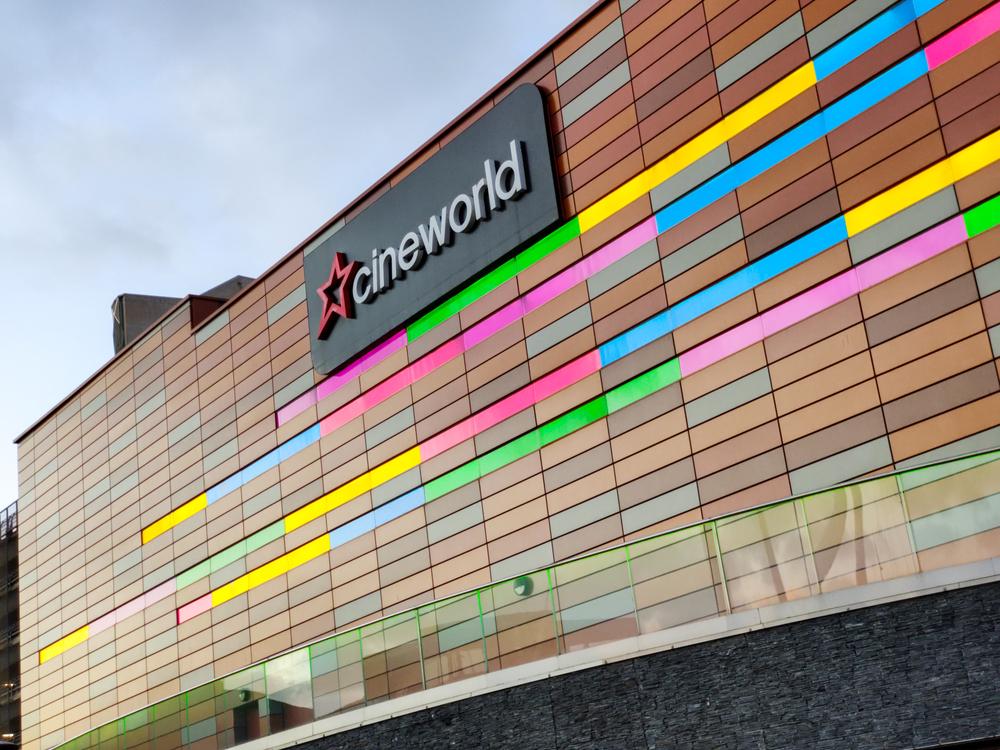 Cineworld Group plc (LON:CINE) shares have descended into free fall on Thursday, as the firm gave shareholders a disappointing update.

The firm noted that it had successfully launched its’ Unlimited Program in the US – which had generated positive impact on cash flow, market share and box office performance.

On a better note, Cineworld said that they managed to reduce their net debt to $3.5 billion from $3.7 billion at 31 December 2018.

The firm also reported that group revenue had reached $4.3 billion, which was softer as expected compared to 2018.

Cineworld noted that revenue decreased by 6.2% on a pro-forma basis from 2018 – the firm alluded this to ‘strong comparative film slate and closure of loss making sites in the US’.

“2019 was a solid year for Cineworld, a year in which over 275 million customers watched movies on our screens, adjusted EBITDA exceeded a billion dollars, the synergy expectations in the Regal acquisition were virtually doubled in a well handled integration exercise, net debt was reduced and the dividend increased. I consider that to be a successful year. In the future, the Group will be well positioned to capitalise on our scale as the second largest cinema chain in the world, our deep experience and wide geographic diversification.

It is thus ironic that these achievements should be overshadowed by the negative impact of the global COVID-19 crisis, even though that at the time of writing the Group’s operations have not been affected to a material degree. I am of course conscious of the possibility that events could develop adversely very quickly and change this position in the short term, but I remain confident that the crisis will ultimately pass and that the cinema exhibition industry will continue to play a major role in providing fun, laughter, happiness and joy to millions of dedicated movie fans, just as it has for over a century”.

Going forward the firm said that it is expecting solid box office performance year to date with compelling film slate scheduled for 2020.

CIneworld have not fully assessed the impact of the coronavirus, however the firm have said that they are taking measure to ensure they prepare business for all possibilities.

“Cineworld has delivered a solid set of full year 2019 results despite 2018 being a very strong comparative period. In particular, I am proud of our integration with Regal which continues to progress well. The refurbishment plan is on track, our “Unlimited” subscription plan was successfully launched in July 2019, we’ve upgraded our synergy target to $190 million from $100 million and Union Square in New York is due to open in the coming weeks. This gives us confidence in our ability to achieve our synergy target for the proposed transaction with Cineplex Inc, which we expect to complete in the first half of this year having received overwhelming universal support from shareholders.

We remain committed to our long-term strategy and vision to be “The Best Place to Watch a Movie”. Throughout our global estate, our cinemas offer cutting edge formats and technologies, such as ScreenX and 4DX; products from the likes of Starbucks and PepsiCo that are favoured by consumers; and staff that are amongst the most experienced and loyal in the industry. Our strong cash generation also allows us to focus on deleveraging whilst delivering returns to shareholders.

We are closely monitoring the evolution of COVID-19 and so far, we have seen minimal impact on our business. However, there can be no certainty on its future impact on our activities, hence we are taking measures to ensure that we are prepared for all possible eventualities”.

Just before Christmas, Cineworld announced that they had made a new acquisition.

The firm said that it had agreed to buy Cineplex Inc (TSE: CGX), the largest cinema operator in Canada, for CAD2.8 billion.

The FTSE 250 said that the deal was supported unanimously by its board, but remains subject to Cineworld and Cineplex shareholder approvals and various regulatory consents.

Cineworld believes the deal represents an “exciting” opportunity to enter the “stable and attractive” Canadian market. The transaction will add 165 cinemas and 1,695 screens to Cineworld, it said.