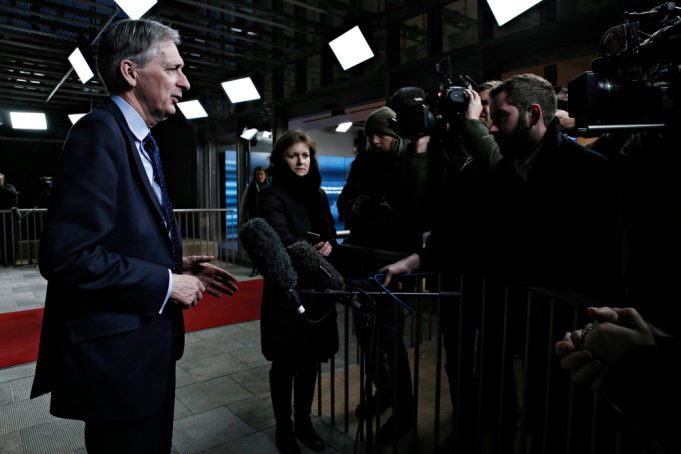 Phillip Hammond has criticised former foreign secretary Boris Johnson in a series of interviews prior to his speech at the conservative conference in Birmingham.

In particular, the chancellor expressed doubts over Mr Johnson’s leadership ambitions in an interview with the Daily Mail.

Hammond said of Boris becoming PM:  “I don’t expect it to happen”.

Moreover, the chancellor criticised Johnson’s tendency to prove weak on detail, indicating that his only political achievement were London’s “Boris Bikes” that were installed during his time as Mayor.

Specifically, Hammond said: “Boris is a wonderful character, but he’s never been a detail man. I’ve had many discussions with him on Brexit.”

Alongside suggesting that Johnson proved more of a style over substance man, he also took the opportunity to mimic Johnson.

Describing discussions he had with the former foreign secretary over a Canada trade deal, Hammond said:

Similarly, in another interview with Good Morning Britain ahead of his conference speech, Hammond took issue with Johnson’s “fantasy world” idea of Brexit.

“It isn’t about taking back control, it’s about fantasy world. The European Union have been very clear that as they negotiate with us they have their red lines, just as we have our red lines, and they are not prepared to negotiate for a free trade agreement which includes the whole of the United Kingdom because of the impact that would have on the border between Northern Ireland and the Republic of Ireland.”

The chancellor is set to deliver his speech at 12PM on Monday at the party conference in Birmingham.

The Conservative conference comes a week after the Labour party’s counterpart conference in Liverpool, in which Jeremy Corbyn committed the party to a “green jobs revolution”.

Theresa May’s party has come under increased pressure in recent months, amid much publicised division within the cabinet over how best to proceed after Brexit.

This was only compounded by the resignation of high profile cabinet ministers such as David Davis and Boris Johnson, who have condemned the government’s strategy.

Whilst the conservatives have long prided themselves as a party of competence, Brexit seems to be exposing widening gulfs within the party.

It seems the so-called ‘Night of the long knives’, a notoriously brutal cabinet reshuffle amid party disarray under conservative party leader Macmillan, may be well on its way to receiving a sequel.