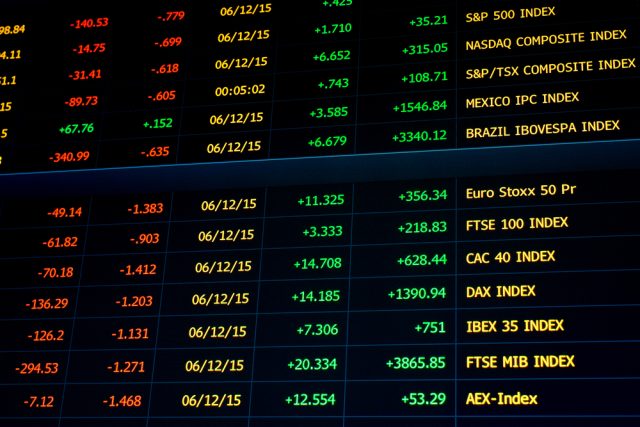 Despite the continued spread of the index-ailing Coronavirus, European indices began trading on Tuesday with an unexpected rally.

Its early success was in jeopardy with developments on the virus’s spread in Europe, before being given a leg-up by a strong start from the Dow Jones.

The big news, of course, was the UK’s policy on Huawei‘s (SHE:002502) involvement in its 5G network. The government has said the company‘s equipment will be excluded from its network’s ‘core’, but the US is worried that the fading boundary between core and periphery services will pose a threat to the UK’s intelligence-sharing potential.

“At one point in danger of fading, Europe’s rebound strengthened after the US open, buoyed by a solid jump from the Dow Jones.”

“The Dow climbed 125 points as the bell rang on Wall Street, lifting the index back towards 28700 having hit a low of 28450 on Monday. It was helped out by a better than forecast CB consumer confidence reading, which came in at 131.6 against the estimated 128.2.”

“It’s not like there has been a wealth of good news regarding the Wuhan coronavirus outbreak – if anything, the opposite, with Germany confirming the first human-to-human transmission in Europe. However, the fact Hong Kong has slashed border travel with China, could be read as a step in the right direction in regards to containing the illness.”

“Or, more likely, investors are just using yesterday’s plunge as an opportunity to buy up shares on the (relative) cheap – the wisdom of which will no doubt be tested by coronavirus headlines over the coming days and weeks.”

“Adding fuel to the FTSE’s rebound was the pound’s unravelling. Against the dollar it was down 0.4%, with a 0.3% drop against the euro. This as the direction of Thursday’s Bank of England meeting remain unclear – namely, will Mark Carney sign off with a rate cut, or will that decision be delayed until after Andrew Bailey takes the reins?”

“If investors can look beyond the coronavirus for a second, there’s a juicy Q1 update from Apple (NADAQ:AAPL) to look forward to this evening. Having roughly doubled its market value in the last year, now worth nearly $1.4 trillion, the tech giant will be looking to start 2020 with a bang.”

“Any indication of how successful Apple TV+ has been will grab headlines, but the real market moving numbers will be the classic. Earnings are expected at $4.59 per share against $4.18 for the same period the year previous, while sales are estimated at $88.42 billion, a near 5% increase year-on-year.”