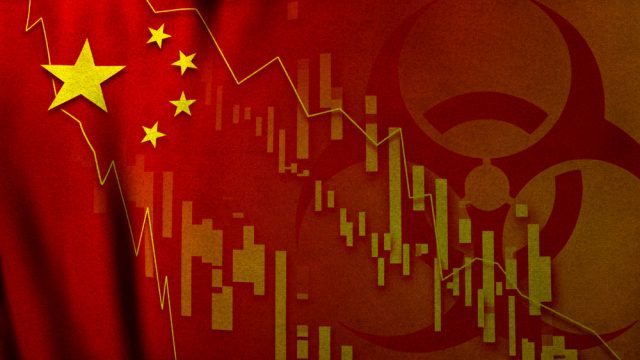 With the Chinese Communist Party ousting its provincial leader in Hubei, and the Coronavirus death toll going past 1,350 on Wednesday evening, equities recoiled once again.

Markets were seemingly getting used to the idea of the virus, despite some experts predicting that 60% of the world will have contracted the illness before its day is done. Now, however, markets have doubled back on their tentative optimism, with Hubei adding 15,150 cases to its projected total and taking the global number to over 60,000 cases.

BEIJING, Feb 13 (Reuters) – The Chinese province at the epicentre of the coronavirus outbreak reported a record rise in deaths and thousands more cases on Thursday under a new diagnostic method, raising fresh questions about the scale of the crisis.

Even with the increase, there is little faith in these figures – only a gnawing understanding that the reality is likely worse than what we’re being told. We can choose whether or not to question the virus’s potency, what cannot be questioned is its reach, and the strain this puts on the movement of people and products.

Speaking on the strain put on equities by the virus, Spreadex Financial Analyst Connor Campbell stated,

“Just as the markets seemed to break free of their coronavirus fears, an alarming spike in the number of deaths and new cases sent Europe lower.”

“Arguably the main driver of Wednesday’s growth was the hopes that the outbreak in China was being contained. Well, changes to the way in which authorities calculate figures surrounding the illness revealed a worse situation than first thought, with a 242 person jump in the number of deaths and a 15,000 surge in total cases.”

Largely acting as a barometer of market sentiment towards the illness, oil prices have fallen sharply since the virus’s ascendancy. Today, the commodity-laden FTSE suffered as oil companies felt the heat.

“Understandably this spooked investors. The commodity-heavy FTSE was the worst hit, which was an extra blow for the index as it was already left out of the market’s record peak party on Wednesday. With BP (LON:BP) and Shell (LON:RDSB) down 2.4% and 2.1% respectively, and its miners all falling at least 1%, the FTSE shed 80 points, sinking back towards 7460.”

“The Eurozone indices were comparatively unfussed by the latest coronavirus news. The DAX and CAC only slipped 0.3% apiece, leaving the former on a smidge under its recent all-time highs. The reason for this muted reaction could be partially due to the euro hitting its worst price since May 2017 against the dollar.”

“Similarly, investors may be waiting to see whether the sharp increase in deaths and new cases is a one-off, as Chinese officials adjusts their methods of calculation.”

“Looking ahead to the US session and the Dow Jones is currently pencilling in drop more in line with that seen in the Eurozone, the futures promising a 0.5% fall.”