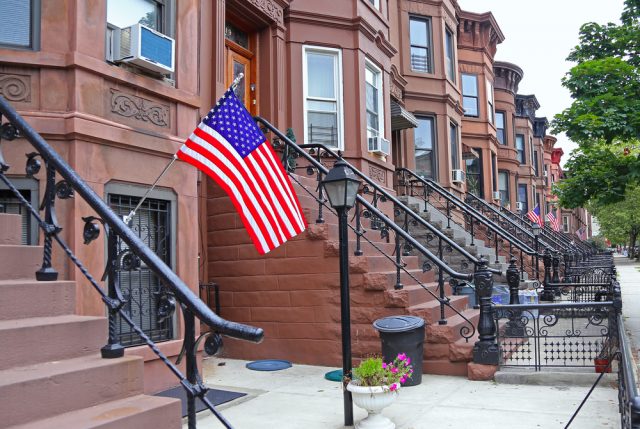 The Dow Jones had a tough time deciding where it wanted to go after the bell, with US housing market news neither going one way or the other. After dropping over 150 points, the index bounced, fluctuated and now sits 0.34% up at 25,959 points.

The confusion began with the headline that monthly home sales were at a nine-and-a-half year low in May, with US home sales falling 9.7% to just 3.91 million units. This fall was far greater than the anticipated drop of 3%, to 4.12 million during May, and represents the worst sale figure since October 2010.

Existing home sales constitute about 90% of all US home sales, and the number of owned homes on the market in May was down 18.8% year-on-year.

Further, existing home sales were down 26.6% year-on-year during May, which represents the largest annual decrease since 1982.

On the other hand, June saw a decade-high number of mortgage applications, likely because of the lapse in activity the month before, in addition to some cut-price offerings from those keen -but until now unable – to sell their properties.

The issue now becomes one of whether home sales will show a resurgence during the remainder of summer. Much like the Dow Jones today, analysts appear to be caught in two minds.

On one side, the number of mortgage applications would suggest a healthy rebound is on the way when the current month’s data is released. On the contrary, and perhaps with a longer term outlook in mind, bears will cite the 44 million unemployment claims and limited stock of new homes being built, and perhaps anticipate any kind of rebound will be muted at best.

“Home sales may bounce with pent-up demand following the shutdown of the economy starting in March, but the massive scale of job losses and cautious consumers rebuilding their savings may limit the sales turnover of the housing stock,” said Chris Rupkey, chief economist at MUFG in New York.

One thing we ought to keep in mind, is the fact that fewer sales don’t necessarily correspond to lower prices. While median US house prices only saw an annual increase of 2.4% – the smallest increase since February 2012 – we can expect this rate of growth to accelerate as the summer progresses. No matter the anticipated hindrances to home-buying appetite, it is likely the demand for US homes will recover more quickly than the supply of new-builds, which has an inevitable effect on prices.

Happily, the Dow Jones was willing to let the contrasting house market data cancel each-other out; and happier still to ignore the growing number of US Coronavirus cases, as well as President Trump‘s ill-conceived ‘joke’ about slowing down testing to stop that number rising any further.