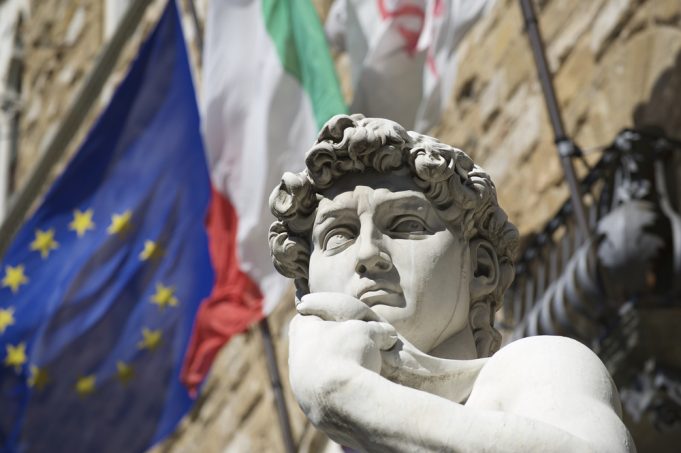 The Italian newspaper la Repubblica said on Thursday that the country’s budget does not include measures strong enough to boost growth. By citing a European Commission document, the newspaper has stressed that the budget instead makes Italy a “contagion risk” for the Eurozone.

According to the newspaper, the Commission’s Country Report will reveal that Italy’s 2019 budget will negatively impact economic growth and national debt. The report is set to be approved by the European Commission next Wednesday.

“There are no measures capable of positively impacting on long-term growth,” the document said, as announced by la Repubblica.

Last month, Italy slipped into its third recession in a decade. New GDP figures revealed that the country’s economy decreased by 0.2% over the last three months, following a 0.1% decrease from the third quarter.

Being the third largest economy in the Eurozone, Italy’s recession has dragged down the rest of the region. The Eurozone only grew 0.2% in the final quarter of 2018, which is the same increase as that of the third quarter.

Following the coalition between the right wing League party and anti-establishment Five Star Movement last year, the government revealed controversial budget plans. This sparked months of quarrelling with Brussels over the ambitious proposal that breached rules on government borrowing. Despite the original 2.4% figure being below the EU’s deficit limit of 3%, it remained far too high a figure for a country whose debt is as big as Italy’s.

Italy’s recession means that its growth targets of its approved budget are highly unrealistic.

The European Union’s economic commissioner, Pierre Moscovici, has not released a direct comment on the report cited by la Repubblica. He has said that the Commission will meet with Italy in May.

“We will have to discuss in May with the Italian authorities where we are and the implementation of our agreement in December,” he said to a conference organised by Politico in Paris.