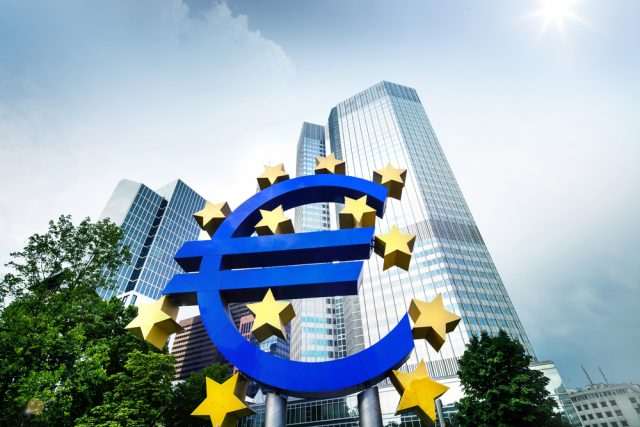 Peter Praet, Member of the Executive Board of the European Central Bank, has given his speech on Tuesday morning in London. Peter Praet has outlined the Eurozone’s economic slowdown since the beginning of 2018, a reflection of loss of momentum globally.

“In the aftermath of the global financial crisis, central banks have successfully fended off deflationary forces and supported economic recovery. They have brought down policy rates to their effective lower bound and, importantly, have made use of a broad set of unconventional monetary policy measures in pursuit of their statutory objectives.”

“Following more than five years of increasingly broad-based economic expansion in the euro area, recent developments point to some slowdown in the pace of economic growth. Preliminary data show that euro area real GDP expanded by 1.7% year on year in the third quarter of 2018, down from 2.2% in the second quarter.”

Peter Praet continues to outline that the economic slowdown in the Eurozone since the start of 2018, is a reflection of the loss of momentum in global activity. Indeed, it underscores the tighter financial conditions across the globe.

“While some retreat from the strong growth of 2017 was to be expected, it was compounded by short-term country-specific or sector-specific factors in the euro area. Euro area domestic demand has however remained resilient. Sentiment indicators, despite softening, remain in expansionary territory and are still above long-term averages for most sectors and countries. Moreover, domestic demand continues to be supported by favourable financing conditions, a robust labour market and steady income and profit growth.”

Since the European Central Bank announced a variety of measures to offer further monetary policy accommodation in June 2014, financial conditions have significantly improved.

There has been a significant decrease in bank lending rates for Eurozone non-financial corporations (NFCs) and households since then. Moreover, results indicate that NFCs have benefited from a diversified financing structure. Bank-based funding sources have been swapped for debt securities issuance and other market-based financing substitutes.

“The underlying strength of the euro area economy continues to support our confidence that the sustained convergence of inflation to our aim will proceed. Euro area annual HICP inflation has continued to increase, and preliminary estimates put it at 2.2% in October 2018, mainly reflecting higher energy price inflation.”

At the end of October, the European Central Bank announced at a conference that it has left Eurozone interest rates at record lows. President of the bank, Mario Draghi, tried to stay clear of Italy’s 2019 budget discussions. However, he did remain “confident” that a deal would be reached between Rome and Brussels.