The average London property price stands at £654,925 for July 2019, according to current Zoopla estimates. But what if you could spend the equivalent of this elsewhere in the world? We take a look at what roughly £650,000 can get you in three cities dotted around Europe.

Located in the northern Italian region of Lombardy, Milan is one of the fashion capitals of the world. From its famous Gothic Duomo that towers over the city, to the Santa Maria delle Grazie convent that houses Leonardo da Vinici’s “The Last Supper”; Milan is a popular destination among tourists as it offers Italian history, art and culture mixed with a cosmopolitan vibe.

But what about actually moving to the city for good? According to current Right Move listings, a three bedroom flat in Milan with bright terraces will set you back €682,000. The apartment currently being advertised at the above price is located west of the city in San Siro and is well connected to the centre with metro, tram and bus links close by.

The apartment itself has four rooms in a modern building with breathtaking panoramic views over the city.

Capital City of Hungary, many tourists flock to Budapest each year to experience its nightlife, spas, culture and history for themselves. The city is split by the River Danube, with the Chain Bridge connecting the hills of the Buda district to flat Pest.

The equivalent of £648,000 will get you a three bedroom apartment in the heart of Budapest, as listings on Right Move show. The 155 sqm property is located on the third floor of an old classical building with a lift, constructed by the same architect of the Hungarian Opera House. The Hungarian Opera House, one of the city’s most famous landmarks, is directly opposite the apartment.

Known for its unique yet intricate canal system, Amsterdam is the Capital City of the Netherlands. Home to the Van Gogh Museum, Amsterdam is perhaps better known among young people for its relaxed laws concerning marijuana.

According to Right Move, €650,000 can get you a two bedroom apartment just south of the city centre. The apartment is flooded with natural light and is located in one of the most visually charming lanes in Amsterdam Zuid.

The property is just a walk away from the Amsterdam Zuid train station, connecting the area to Central Station. A number of primary and secondary schools can be found close to the property.

The apartment has a wood floor throughout, with the exception of one of the bedrooms and the kitchen. It also still has several of its original stained-glass features. 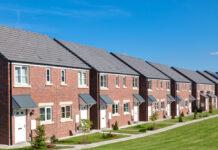 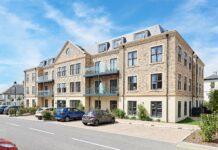 Investing in social housing with AHH