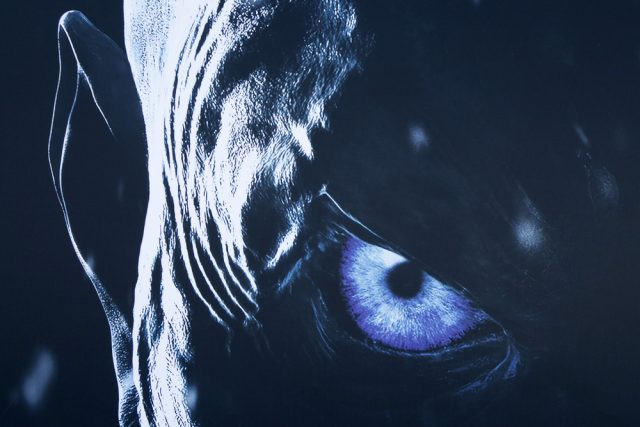 So, the biggest show in television history has just concluded and there was no avoiding it. Much to the chagrin of HBO big wigs, Netflix breezed past the Game of Thrones platform to claim the number one spot as the best outlet for original content, but that will not be the greatest concern as far as sentiments are concerned.

Love it or loathe it, Game of Thrones is a piece of history. The show brought together an international following and consistently grabbed the media’s attention. As Tyrion Lannister would tell us with his astute observation in the final episode, stories are one of the most compelling forces in the world, and society can be successfully brought together by sharing the best and most enveloping tales.

Note: No spoilers, but skip past this section to avoid more GoT ranting.

At the very least, GoT was successful in its ability to act as an escape from reality, while playing on some very real tropes surrounding the frightful and recurring frailties of human nature. Within the show, these manifest themselves in our feverish struggle for dominance and our attempts to materialise and secure our own machinations for the world around us and the world at large.

Not to emulate the ham-fisted efforts of writers Benioff and Weiss, I will quit my vague ramblings and talk controversy.

As many will already be aware, willingly or otherwise, the eighth season of Game of Thrones received – at best – mixed reviews. A petition to have the final series of the epic saga remade was started by ‘Dylan D’ and two weeks later, the petition has been signed by little short of 1.5 million disgruntled fans. This backlash has triggered a response from many of the actors who spent over a decade struggling to disseminate the rest of their careers from their involvement in the unforgettable show with its forgettable final season.

First, we have the measured response of Hollywood actor Sophie Turner, who, no longer pining for the validation of the North in GoT, will play the role of angsty mutant in the next instalment of X-Men.

Turner told the New York Times, “So many people worked so, so hard on it, and for people to just rubbish it because it’s not what they want to see is just disrespectful.”

A less controlled reply was given by Kit Harrington – famous for his role as GoT tactical mastermind Jon Snow (sort of).

Harrington told Esquire, “I think no matter what anyone thinks about this season — and I don’t mean to sound mean about critics here — but whatever critic spends half an hour writing about this season and makes their judgement on it, in my head they can go f**k themselves.

“Because I know how much work was put into this.”

So that’s us told.

Of course, the show should be credited for the great piece of television it is. The expectations put on it, the lore, its trending status and the simple fact that its cast and creators were ready to finish, all fed into how it ended. It shouldn’t be slammed, and we should appreciate the relationship we were allowed to build with the characters and to some extent, by proxy, everyone involved. If you want it to emulate the quality, style or story set out by its original author George RR Martin, the final season will leave you dissatisfied. But in response to that point I’d posit two suggestions. (I stole this first one from somewhere, I can’t remember the source sadly) As a compromise, picture George RR Martin’s rendition as the story as documented and exquisitely transcribed by maesters, and the show as the sketchier, more personalised performance by word-of-mouth at a bar or around a camp fire. Failing that; if you want a good story, read the books.

As stated by the author himself when asked about the comparison of the show to his books, “I am working in a very different medium than David and Dan (Benioff and Weiss, co-creators and showrunners), never forget. They had six hours for this final season.”

Is HBO on the ropes?

Not really. Sure, Game of Thrones wrapping up is a loss, and they could have milked that franchise for a few more years, but it is hardly a time of strife for the network.

First, we should consider that there are other shows on HBO currently claiming the spotlight, with my personal top pick being Chernobyl. Three episodes in and the show has stunned viewers with its insights, grit and its largely British cast, who are giving some of the most notable performances of their careers. The show treads the fine and delicate line between history and drama, and to-date the sensitivity with which it has managed to achieve this balance is a credit to the versatility of a network, which to-date, has been known for dragons and ill-conceived gestures towards social politics.

Caroline Framke of Variety, wrote on Chernobyl, “Sometimes, their explanatory scenes can get a bit more technical than the show can quite sustain, but for the most part, their collective curiosity and growing astonishment carries them through. Together, the formidable trio of Harris, Skarsgard, and Watson give the series its bleeding heart, untangling their characters’ respective inner conflicts and ultimate determination to tell the truth in the face of extraordinary opposition from their own country with expert ease.”

However, the current shows aren’t the only reason not to pity HBO. You know that bit where I said they, “could’ve milked that franchise for a few more years”? Well, ta-da.

Valar Morghulis (All Men Must Die)

That may be the case, but the temptation of a cash cow never will. The old guard are gone but a fresh, new batch of actors have already begun filming a GoT prequel. The actor playing the prolific dragon queen Daenerys, Emilia Clarke, pleaded to the creators to “just let it lie”, in regard to the existing show which is barely cold in the ground.

If the Star Wars, Lord of the Rings or Harry Potter franchises are anything to go by, the best stories will not be allowed to end. Corporate bodies will thrash storylines with a cane of inter-generational, profiteering megalomania until there is no love left. Or maybe that’s just pessimism, none of those franchises have as yet failed, and maybe the art of modern stories is that they never end.

HBO is owned by giants AT&T (NYSE:T) and WarnerMedia (NYSE:TWX) and as such cannot be tracked as a stock in its own right. The merging of Time Warner and AT&T was a contentious issue which spanned the course of 2018, and sparked an Anti-Trust Case against what many viewed as the formation of a monopoly which would not be in the interests of consumers or market competition.