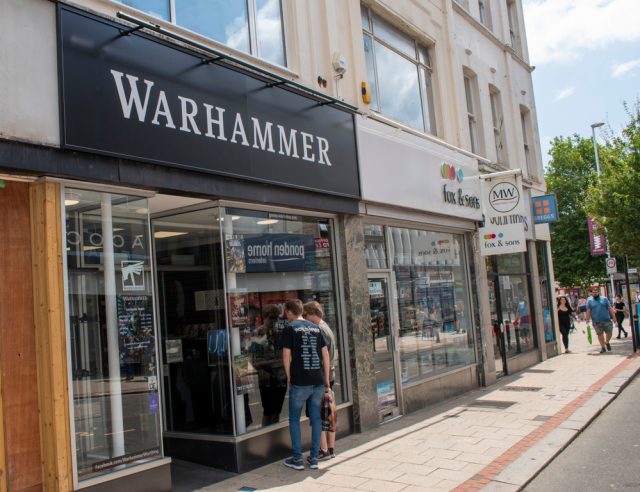 Games Workshop Group PLC (LON: GAW) have seen their shares surge amidst speculation that there will be strong profit gains in their next trading update.

The firm reiterated strong trading and a solid increase in profit and revenue for the first half of its financial year, which spurred shareholder optimism.

Amidst a tough time of trading for UK high street retailers, this will come as a relief for shareholders as UK markets stagnate due to Brexit complications.

Established high street retailers such as Marks and Spencer (LON: MKS) have seen their profits sink amidst slow business rates, leading to mass store closures all over the country.

Additionally, TheWorks (LON: WRKS) have also seen their shares left in red as profits slump due to slow retail business. Earlier this week Mothercare entered administration (LON: MTC) as the baby goods firm descended into collapse, alluding to a bigger problem on the high street.

For the six months trading period ending December 2, Games Workshop expects pretax profit to be no less than £55 million, and sales to be at least £140 million.

The update arrived on the back of ongoing momentum in recent months, with royalty growth driven by the ‘timing of guarantee income on signing new licences,’ Games Workshop said.

This morning’s statement said: “Following on from the group’s update in September, trading to 3 November 2019 has continued well.

“Compared to the same period in the prior year, sales and profits are ahead. “Royalties receivable are also significantly ahead of the prior year driven by the timing of guarantee income on signing new licences.”