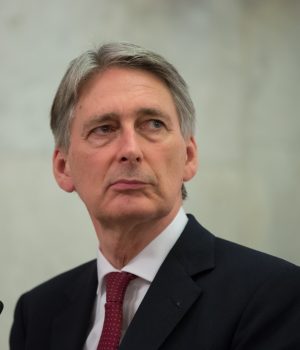 Chancellor Hammond delivered his spring budget today in what was a desperately gloomy outlook for the UK and miserable attempt to prop up the NHS and collect a greater proportion of taxes owed.

The growth outlook for the UK was increased for 2018 but has been dramatically reduced in the following years with 2019 and 2020 growth expected to be at 1.3%.

In fact, the OBR figures suggested a high chance of recession in the UK before 2023 due to a potential ‘cyclical shock’ while the OECD sees UK growth the worst in the G20 this year.

The outlook for inflation was steady but economists at the Institute for Fiscal Studies were fairly pessimistic due to the lack of wage growth and the potential for a decline in wages in real terms.

Here’s what really matters. Real earnings falling for the last year, set for a much slower recovery than expected in 2016, and unlikely to match 2007 levels before 2022. Meanwhile inflation will continue to erode value of most working age benefits, which are frozen in cash terms pic.twitter.com/M9WDQuoZdl

Inflation will continue to erode the value of most working-age benefits as they are frozen in cash terms, alongside other benefit cuts #SpringStatement @ESRC pic.twitter.com/okbYapkDeG

There was also a prediction for the final Brexit settlement bill with the EU from the OBR of £37.1bn, which could include payments up until 2064.

We’ll be handing cash over to EU till 2064 says @OBR_UK – and that is just on basis of our Brexit divorce settlement and does not include any new commitments @Theresa_may may yet make pic.twitter.com/CHhJ5j2UAi

Despite the budget being dominated by soggy economic revisions, the chancellor did keep to prior promises not to use the spring budget as a platform for further tax changes.

Rather, Hammond outlined schemes for better tax collection particularly among digital businesses and tabled the idea of a tax for plastic used only once.

The Shadow Chancellor hit back at claims of ‘light at the end of the tunnel’ and highlighted the dismal outlook for jobs saying the government had become ‘complacent’.