Home Features Hong Kong – what does the future hold? 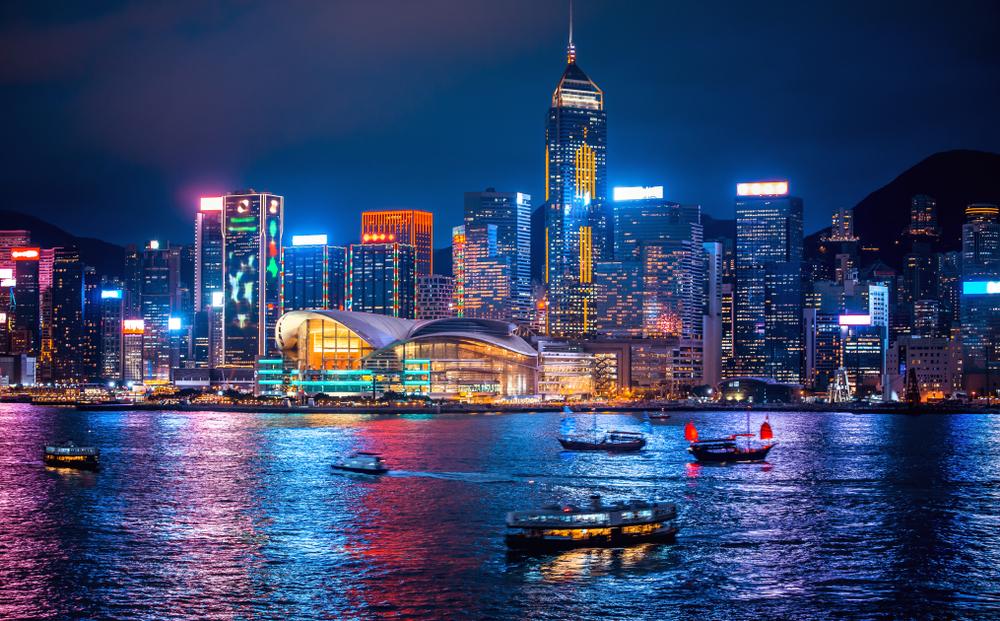 Since 1997, Hong Kong has been the global economy’s bridge between China and the rest of the world. The former British colony is home to the highest income per capita and the largest concentration of ultra high net worth individuals in the world, marked by its characteristically low tax rates and free trade arrangement.

Its resilient financial market, independent legal system and commitment to free speech has long made it an oasis for investors seeking easy access to China – the second largest economy in the world – but the erosion of the emerging superpower’s pledge to honour a “one country, two systems” set-up until 2048 has already begun to unravel Hong Kong’s unique reputation as one of the world’s most free economies.

An investors’ oasis no more?

Over a year of social unrest has rocked the region’s usually stable balance of power, and the kingpins in Beijing have not responded kindly to protests over China’s short-lived extradition bill – which would have seen criminals from Hong Kong potentially extradited to mainland China under certain circumstances, in what pro-democracy activists argued was an infringement on the freedoms of Hong Kong citizens. Opponents speculated that the bill could have been used to persecute anti-Chinese journalists and activists as part of a wider move to strengthen China’s political influence over the region.

Hong Kong chief executive Carrie Lam withdrew the extradition bill in September 2019 after months of violent clashes with protestors, but pro-democracy rallies have continued well into 2020, with Hong Kong citizens demanding further freedoms from China and an inquiry into alleged police brutality during the protests. All of this comes amid claims that press freedom is increasingly on the decline, with 5 Hong Kong-based booksellers reported missing only to eventually be found in Chinese custody, and the expulsion of several US journalists now banned from working in Hong Kong.

Along with the apparent restriction on press and political freedoms, the relationship between China and the West has become increasingly antagonistic in recent months. The delicate situation has rightfully caused concern among traders and economists, with some predicting that companies previously happily-settled in Hong Kong will look to move their operations elsewhere in the near future if tensions do not subside. According to The Guardian, capital has quietly been shifting from Hong Kong to Singapore – touted to become the next major international trade hub – over the past year anyway, but rising anxiety surrounding China’s conduct in the region has accelerated the process as investors look to avoid any financial fallout from the conflict.

Last month, Hong Kong authorities once again announced the introduction of a new law – this time a sweeping new national security bill which seeks to outlaw protests and anti-Chinese sentiment. The US retaliated by warning that it would consider revoking its special trade status with Hong Kong, while China’s central bank responded with the launch of the Wealth Management Connect initiative, designed to facilitate ‘cross-boundary investment’ and cashflow into the region. A senior regulator somewhat eased critics’ concerns, stating that China is ‘confident of Hong Kong’s future as an international financial center’ and will ‘continue to support its growth’ in a June report by Reuters.

China’s assurances haven’t managed to iron out all of the anxieties, however. Businesses are still reeling from the impact of the coronavirus pandemic, and with a stark warning from Hong Kong leader Lam that the city is once again on the brink of a ‘large-scale’ outbreak, companies and investors alike are looking to shift their focus elsewhere amid fears that the region may have to shut down to prevent any further spread of the virus. Protests have continued despite calls to stay inside. Meanwhile, elections for Hong Kong’s Legislative Council due to take place in September look set to be postponed until next year.

“A more antagonistic relationship with the rest of the world”

Commenting on the tense situation in Hong Kong, chief Asia economist at Capital Economics, Mark Williams, told Raconteur: “China is settling into a more antagonistic relationship with the rest of the world. Hong Kong’s position won’t be eroded overnight, but without assurances that companies and staff there will enjoy strong legal protection and aren’t subject to the arbitrary treatment found on the mainland, overseas firms will over time shift their operations elsewhere”.

Despite being historically pretty stable in the face of market fluctuations – Hong Kong emerged relatively unscathed from the 1997 handover to China by Britain and Asian financial crisis, as well as the global financial crash of 2008 – rocketing geopolitical tensions could well throw a spanner in the works for the first time. Market volatility has already reached record levels in the region thanks to the hazardous concoction of coronavirus-induced pessimism and the ongoing pro-democracy protests jeopardising relations with the mainland.

Dan Kemp, chief investment officer for Europe, the Middle East and Africa at Morningstar, said: “Equity prices in the broader China market and Hong Kong specifically are more attractive than the average. However, it’s worth noting that these markets are both volatile and this volatility may increase during the current political situation”.

With concerns over the future of trade in Hong Kong, business could start to move elsewhere permanently. Nick Easen commented for Raconteur that if the region were to lose its autonomy from mainland China, then investors “might as well invest in Shanghai”. And, with capital reportedly orbiting around Singapore instead, it’s beginning to look like an increasingly likely outcome.

“Were Chinese companies delisted or refused listing in New York, they may think twice about Hong Kong”

Nevertheless, nothing is set in stone just yet, and US President Donald Trump‘s characteristically bullish attitude towards the issue is crucial to the forging the financial future for the former British colony. With the US elections on the horizon, Trump’s administration is no doubt looking to project the image that Washington has comfortable control of the conflict, whether or not that’s actually the truth of the matter.

That being said, even though the US can’t afford to implement widespread sanctions on China over its actions in Hong Kong, the US could still find other ‘non-tariff measures’ to penalise China for its actions in the region and indicate its arms-length support for the protests. Dr Damian Tobin, a researcher at Cork University Business School, explained:

“The US cannot act unilaterally to revoke Hong Kong’s special status, but it can create significant difficulties for how mainland Chinese companies using the territory’s markets are perceived by investors. The US’s pursuit of Huawei is an example of the type of non-tariff measures America could pursue.

“Hong Kong has long offered mainland Chinese companies a route to external capital and this market would be jeopardised by any perception that its markets are no longer independent. For example, were Chinese companies delisted or refused listing in New York, they may think twice about Hong Kong”.

However, viewing the situation in Hong Kong with tunnel vision risks overlooking the human cost of the conflict. China’s encroaching influence is seen as a threat to the rights and freedoms of Hong Kong citizens, and people are significantly less likely to listen to their authorities when they believe those authorities are against them. The very fact that China has introduced its new national security law indicates either a real or perceived rise in anti-establishment sentiment, as well as a gradual erosion of the power of Hong Kong officials’ governance.

Tobin outlines how the China-Hong Kong protests are in fact a manifestation of wider concerns over democracy, authority and self-determination:

“The issue at stake is a persistent decline in governance. There is little attention given to this issue. From Beijing’s side the security law reflects a failure by Hong Kong’s politicians to read the public mood and manage the tensions associated with managing and regulating two systems. It’s not just to do with financial markets. There is a failure to find an effective way of ensuring benefits flow to the wider society”.

The situation in Hong Kong probably isn’t going to go away any time soon. China is showing no signs of backing down on the matter just yet, and protests have continued even throughout the peak of the coronavirus pandemic. A number of activists have already been arrested under the region’s new national security law. Meanwhile, the UK government announced last month that it would be making the unprecedented move of offering citizenship to up to 3 million Hong Kong residents whose freedoms are being ‘violated’ by the new legislation.

Overall, it appears that Hong Kong will continue to wobble on its socio-economic tightrope for some time, and businesses desperate for stability in the post-coronavirus world are understandably looking for steadier ground to stand on.