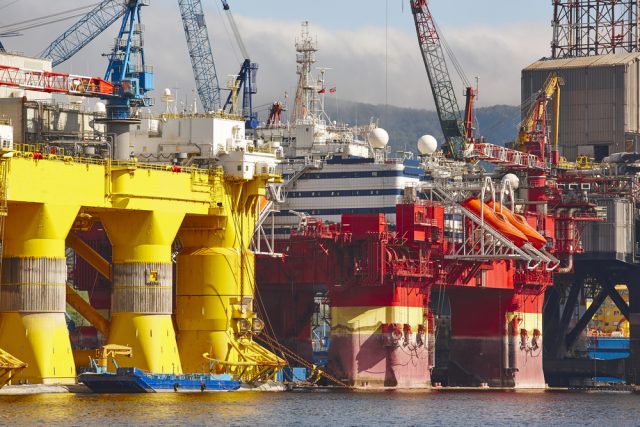 Shares of Hurricane Energy (LON: HUR) have plummeted despite the firm reporting that it had made a new discovery on Monday morning.

Hurricane Energy is an AIM listed, UK based exploration and production company.The firm focuses on discoveries in naturally fractured basement reservoirs and are working towards realising the value of the reserves and resources of these discoveries.

Hurricane saw their shares rally in October, after the firm excepted interim expectations which thoroughly impressed shareholders. However, the update today did not spark so much optimism.

The firm announced that it had made another discovery at its Warwick West well in the UK North Sea, however further analysis was needed to consider the sustainability of the discoveries.

The Warwick West well, third and final well in the 2019 Greater Warwick Area programme, was spudded September 24 and drilled to 1,879 metres, intersecting a 931 metre horizontal section of a fractured basement reservoir.

The well flowed for 85 hours total at variable rates. A stable rate could not be reliably measured with an electric submersible pump because the well was still cleaning up. After a build-up period, final flow was concluded and achieved a stable, sustainable 1,300 barrels of oil per day rate. Less than 0.5% water was produced.

Hurricane owns 50% of the Warwick site, located in the Greater Warwick Area offshore. The other 50% is held by joint partner Spirit Energy Ltd.

Chief Executive Robert Trice said: “We are pleased to have made another discovery with the Warwick West well. The flow test results confirm the presence of light, mobile oil.

“The impact that this well will have on how the company views the [Greater Warwick Area] accumulation and its associated volumetrics will require further technical analysis. The GWA joint venture is now assessing the optimal appraisal strategy for the GWA, and Hurricane will provide an update in due course.”

For the rest of 2019, average production is to to be in line with Hurricane’s fourth quarter guidance of 11,000 barrels of oil per day.

Trice concluded: “Further progress is also being made in our understanding of the Lancaster reservoir. Uninterrupted vessel uptime combined with good well productivity have allowed us to carry out additional data gathering whilst remaining in line with guidance for Q4 2019.”