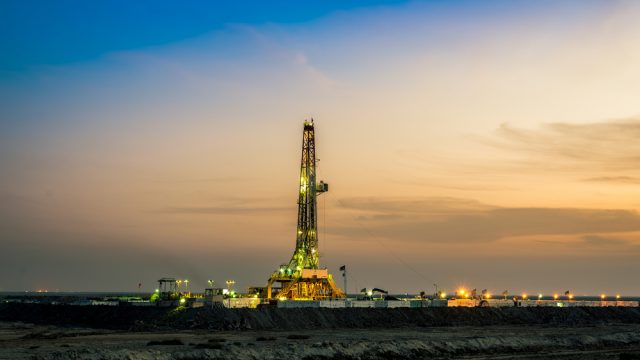 Amidst a period of growth for Iraq’s oil production, its success is now under threat because of political antagonism between domestic parties and outside influences.

So far this summer, southern Iraqi oil production has increased by 40,000 barrels per day since July – which is statement of intent about trying to compete with the currently straggling Iranian output. Officials from Baghdad announced at an OPEC meeting in Vienna that they are working towards a quarterly production average of 3.549 million bpd, which is 109,000 bpd higher than the rate achieved in the first five months of the year.

However, political tensions look set to hamper efforts to maintain high production output, with a power struggle currently under way between Prime Minister Al Abadi and former PM Al Maliki – both of whom face pressures internally and externally. The deciding factor in the current struggles could well be a potential coalition deal between Al Abadi and Shi’ite cleric Muqtada Al Sadr, who leads the rival Sairoon movement.

The issue here is that Al Sadr has already said that time is running out to agree on a deal, and his support for the violent protests over amenities and food shortages in the southern city of Basra are well-known.

Meanwhile, the protests look likely to spill over into the rest of Southern Iraq, and Al Abadi’s opponent, Al Maliki, has just managed to form an alliance with militia commander Hadi al-Amiri, leader of the Shi’a militia Hashd al Shaabi – the latter being supported or even partly led by Iran’s Islamic Revolutionary Guards Corps (IRGC). The group look set to either consolidate their position or get a grip on the Iraqi government, in order to block Baghdad’s attempts to either bring Iraq back into the Arab fold or block Iran’s ability to use Iraq as a route to Syrian battlegrounds.

Despite the unrest, southern oil output continues to exceed expectations, with Iraq’s State Oil Marketing Organization (SOMO) reporting that 2.727 million bpd of Basrah Light have been shipped from the terminals, as well as 856,000 bpd of Basrah Heavy crude. Between the seven tankers currently berthed and the four tankers to arrive at a later date, there is an expected delivery of round 7 million barrels.

Similarly, oil production in Northern Iraq is promising, though lack of agreement between the Kurdish Regional Government and the government in Baghdad could be costing Iraqi output 200,000 bpd.

Overall, production is promising and continues to increase. However, if current struggles are not resolved they have the potential to escalate into larger scale civil unrest, with the government and prospective Western backers facing off protesters and Iranian militias and proxies.