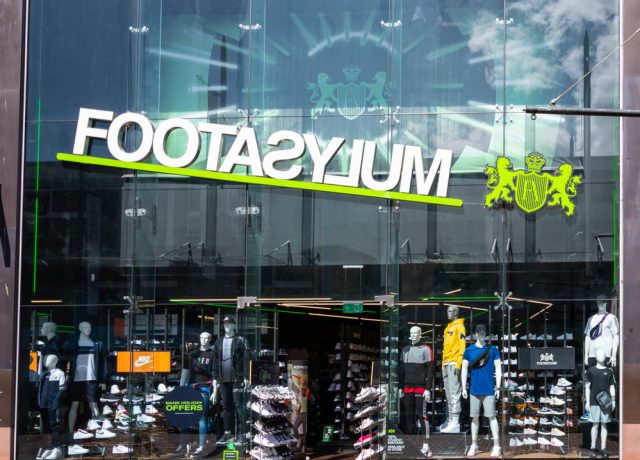 JD Sports (LON:JD) and Footasylum (LON:FOOT) have been locked in a battle of wills with competition regulators over a potential merger deal, and today there has been an update.

The Competition and Markets Authority have said that this merger would substantially lessen competition in the UK, which has decreased the chance of the deal being completed.

Today, the CMA said that the second phase investigation has found that the deal will produce less competition within the market nationally which would lead to UK consumers paying higher prices, see lower quality of customer service, lower discounts and less choice both online and in store.

“The CMA’s current view is that blocking the deal by requiring JD Sports to sell the Footasylum business may be the only way of addressing these competition concerns,” said Kip Meek, Chair of the independent inquiry group leading the investigation.

“We’re currently concerned that shoppers could lose out after the merger, for example through fewer discounts and less choice in stores and online,”

“This could particularly affect younger customers and students, who shop in JD Sports and Footasylum.”

JD Sports have had this say, saying that the verdict by the CMA was “fundamentally flawed”.

The CMA recognized that Footasylum only holds a 5% market share, which JD argued meant that this transaction is small in the relative size of JD Sports and the overcrowded market place.

JD added that they expect Footasylum will contribute less than 2% of the Group’s earnings in the year to January 2020 which, after a robust post-Christmas sales period

“The CMA’s provisional decision is fundamentally flawed and demonstrates a complete misunderstanding of our market to an alarming extent, given its six-month review.

“The competitive landscape described by the CMA is one which neither I, nor any experienced sector analyst, would recognise. Just take a walk down any major UK high street or search for Nike or adidas trainers on Google and you can see for yourself how competitive this marketplace really is.

“The CMA’s provisional findings do not reflect the objective evidence, with excessive weight being placed on surveys asking hypothetical questions of a small sample of selected customers equivalent to less than 25% of the footfall of one JD store in Manchester for one week, rather than assessing the reality of how consumers actually shop on a national scale.

“When the Group made its offer in March 2019, it was our intention to support Footasylum and its employees to grow the business and increase the quality, range and choice of products available to customers.

“We remain convinced that a combination of the two businesses would provide significant long-term benefits to customers, colleagues and brand partners, while maintaining Footasylum’s presence on the high street as the music-inspired casual retailer which it is today.”