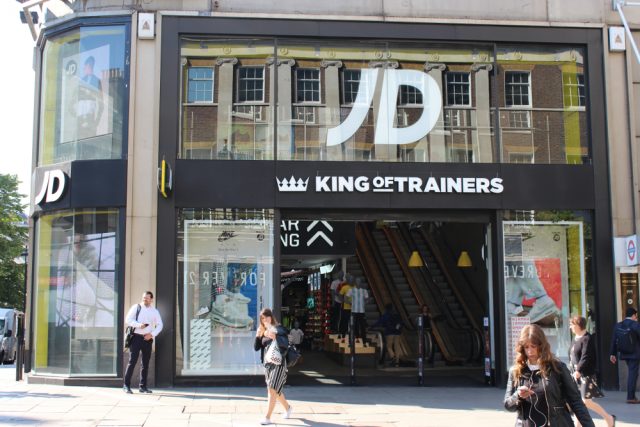 Shares of JD Sports Fashion PLC (LON: JD) have crashed on Wednesday morning after the firm announced that its biggest investor had reduced its stake.

JD Sports have seen a relatively positive time of trading in 2019, where the UK high street has seen slumps.

This has been evidenced by the recent collapse of Thomas Cook at the end of September.

Additionally, baby goods retailer Mothercare  said yesterday that they had reported a loss in their market update. This gloomy report came a few weeks after the firm had announced it had entered administration.

Today, JD Sports have said that their their majority shareholder Pentland had cut their stake in the company.

Pentland, a brand management firm and retailer, is said to have offloaded 24 million shares priced at 740p each.

Despite the sale, Pentland remains the fashion chain’s largest shareholder, holding a stake of more than 50%.

Michael Hewson, chief market analyst at CMC Markets said: “The shares are still up over 100 per cent year to date, which doesn’t seem too bad a return.”

JD Sports is still the subject of competition authorities as it looks to formalize a deal with rival Foot Asylum (LON:FOOT) in a £90 million deal.

Even retail giant Mike Ashley, who owns Sports Direct (LON: SPD) has had his say on the deal, saying the conception watch dog had overstated the size of Sports Directs market share.

Ashely commented: “I have been watching from the side lines to date and now having had the opportunity of considering the CMA decision, I would now welcome the opportunity to provide the CMA with the correct market data.”