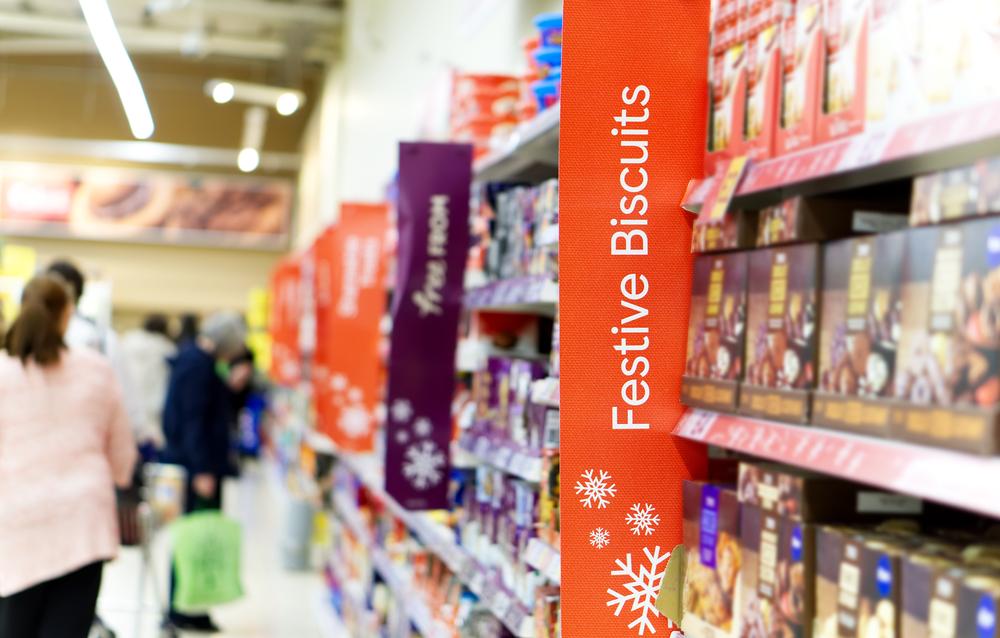 Grocery sales in the UK rose to record numbers in the three month period to December 29, however this was the slowest rate of growth since 2015.

This comes at no surprise, and evidently data shows that the German counterparts such as Lidl and Aldi have captivated the British market.

For the 12 weeks ending December 29, supermarket sales rose to £29.35 billion from £29.30 billion, representing 0.2% year-on-year growth, which Kantar says is the slowest rise in four years.

Fraser McKevitt, head of retail and consumer insight at Kantar, said: “There was no sign of the post-election rush many had hoped for in the final weeks before Christmas, with shoppers carefully watching their budgets.

“In fact, many of us cut back on traditional and indulgent festive classics. Sales of Christmas puddings were down by 16%, while seasonal biscuits were 11% lower. Turkey sales also fell by 1%, partly down to a shift from whole birds to smaller and cheaper joints such as crowns. Shoppers also popped fewer corks this year, as sparkling wine sales dipped by 8%. However, both beer, up 1%, and still wine, up 2%, were more popular than in 2018.”

Tesco PLC (LON:TSCO) who are the biggest of the big four, also saw a slip in their market share.

Kantar said: “The slow market made it particularly difficult for the largest retailers to increase sales. The ‘big four’ grocers were especially impacted by customers choosing to make one fewer trip to stores in the latest period.”

Aldi saw their market share rise to 7.8% during the period, as Lidl also grew to 5.9% from their previous 5.3% showing significant gain for the German firms.

Kantar said grocery inflation stood at 0.9 for the 12 week period, with prices rising fastest in markets such as fresh sausages, fresh bacon and fresh lamb, while falling in instant coffee, fresh beef and butter.