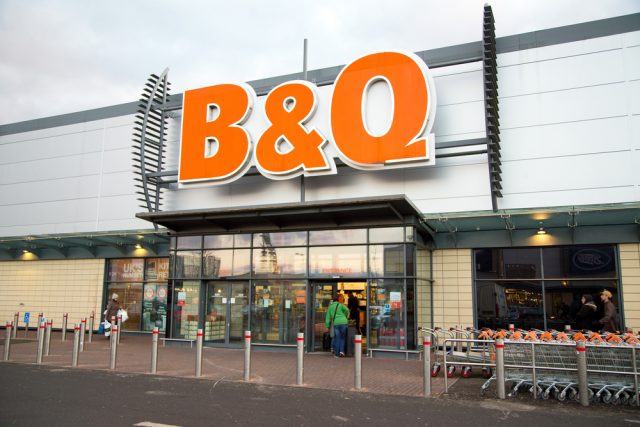 Kingfisher (LON:KGF), the owner of the B&Q brand, posted a decline in underlying profit before tax on Wednesday in its half year results.

Shares in the company were down during trading on Wednesday.

The home improvement company said that underlying profit before tax dropped by 6.4% for the six months ended 31 July, amounting to £353 million. This compares with a £377 million figure from the year prior.

Kingfisher, which has over 1,300 stores in ten countries across Europe, Russia and Turkey, operates under four retail brands – B&Q, Castorama, Brico Dépôt and Screwfix.

The company added that total sales over the period declined by 0.9% in constant currency and like-for-like sales dropped by 1.8%.

“Our transformation activity continued in the first half of this year, including new range launches across the Group and the rollout of further capabilities within our unified IT platform,” Véronique Laury, Chief Executive Officer, commented in Kingfisher’s results.

“These activities resulted in some ongoing disruption that impacted sales at B&Q and Castorama France. This was partly offset by positive sales performances in Screwfix, which continues to grow its market share, and Poland,” the Chief Executive Officer continued.

On the 25 September, Thierry Garnier will join Kingfisher as CEO.

“In Thierry Garnier, who joins Kingfisher next week, we have found the right individual with the right skills and experience to build on the platform that we are establishing,” Andy Cosslett, Chairman, provided a comment.

“In the near term our focus will be on improving execution and delivering on our key priorities for the year. Thierry will bring a fresh perspective to the Group as we focus on delivering growth in shareholder value and creating a compelling experience for our customers and colleagues,” the Chairman continued.

The company said it will remain focused on improving execution and delivering priorities for the year, including the launch of key new and differentiated ranges such as B&Q kitchens in the second half.