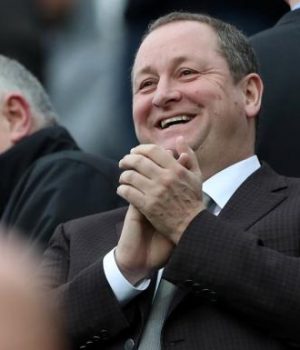 Mike Ashley appeared in front of parliament on Tuesday to discuss the future of the high street.

The chief executive of Sports Direct (LON: SPD) told MPs that a 20% retail tax was necessary on retailers that make more than a fifth of their sales online.

“It is not my fault the high street is dying; it’s not House of Fraser, not Marks & Spencer (LON: MKS) or Debenhams’ (LON: DEB) fault,” said Ashley.

Ashley’s suggested 20% tax would force retailers to invest in high streets. Sports Direct would be included in the tax.

Another proposal to save the high street given to MPs was a 50% reduction in base rent rates and free car parking for customers.

During his meeting in Parliament, the business tycoon slammed politicians for not doing more to save the high street.

“You have to grab the bull by the horns. You are in a cataclysmic event,” he told MPs.

Earlier this year, Ashley saved House of Fraser and Evans Cycles from collapse. He said that half of Evans’ 62 stores could close. Despite plans to save 80% of House of Fraser stores, 12 stores are to close after failing to agree on a deal with the landlords.

The Sports Direct boss said that it was not possible to keep every store open, saying: “I’m not sitting in my office stroking a white cat … I find it very frustrating: what benefit have I got of closing stores?”

Following the meeting, a spokesperson from the Treasury said on Ashley’s tax suggestion: “As the chancellor made clear in the Budget, an online sales tax would be passed onto consumers. That’s why we’re putting £675 million into a Future High Streets Fund instead to help high streets to evolve.”