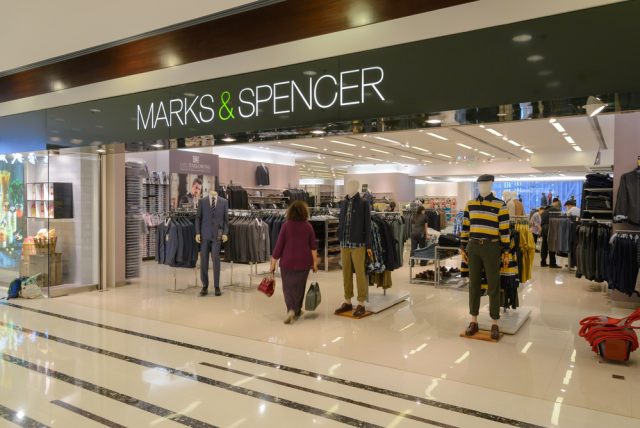 Moody’s (NYSE: MCO) have slashed the outlook for Marks & Spencer Group PLC (LON:MKS) and Aston Martin (LON:AML) as both firms have seen a tough few weeks of trading.

Moody’s reiterated its negative outlook on Aston Martin, downgraded the company’s corporate family rating to Caa1 from B3 and probability of default rating to Caa1-PD from B3-PD.

“The downgrade reflects the weak profitability and low wholesale volumes in 2019 and particularly towards the end of the year,” said Tobias Wagner, a senior analyst at Moody’s.

“Cash flow for the second half of 2019 was also significantly below Moody’s expectations resulting in a lower starting point for liquidity as the company prepares for the critical DBX production ramp up and another year of significant investment spending,” Wagner added.

A stabilization of the outlook would likely require a visibly improved liquidity and progress towards a more sustainable free cash flow profile, the ratings agency concluded.

The slowdown in performance really started with the firm’s half year results.

At the end of July, the firm made a pre-tax loss of £78.8 million, swinging to red from the £20.8 million pre-tax profit it had made during the same period the year prior.

The warning highlighted the challenging global macro-economic environment that was impacting the business.

“As described in our trading statement on 24 July, both our retail and wholesale volumes have increased year-on-year,” Dr Andy Palmer, Aston Martin Lagonda President and Group CEO, said in a company statement.

Aston also reported a third quarter loss a few months back, which alerted shareholders about the performance of the firm.

Aston Martin said that, for the three months to 30 September, loss before tax amounted to £13.5 million, compared to the £3.1 million profit generated during the same period a year prior.

“We remain pleased with the performance of DB11 and DBS Superleggera, however, the segment of the market in which Vantage competes is declining, and notwithstanding a growing market-share, Vantage demand remains weaker than our original plans,” Dr Andy Palmer continued.

At the start of this month, Aston Martin delivered a profit warning to shareholders which led to shares crashing.

The firm alluded to challenging trading conditions and as the firm continues to review its funding options.

The firm has said that 2019 adjusted earnings before interest, taxes, depreciation and amortisation to come in at a range between £130 million and £140 million.

The firm said that wholesales declined 7% from a year ago, and this figure was 5,809 units.

The ratings agency revised M&S’s outlook to negative, from stable but affirmed the company’s Baa3 senior unsecured ratings, which was something to hold onto.

David Beadle, Moody’s senior credit officer and lead analyst for M&S, said: “The negative outlook reflects the risk that the company’s profitability may continue to decline, notwithstanding the strategic efforts to reposition the business for sustainable growth.”

“The latest results highlight the challenges in Clothing & Home even though it is positive to note signs of progress in Food, cost control, and the decision last year to reduce dividends,” Beadle continued.

The company has cut its first half dividend, for the six months to September 28.

Marks cut their dividend by a massive 40% to 3.9p per share, something which has troubled shareholders.

Moody’s added: “There are however several areas where there are signs of progress. For example, Food like-for-likes remain positive, in contrast to some competitors, while the company’s confirmation that full year cost savings should be towards the higher end of its previous guidance range is credit positive. Moreover, Clothing & Home’s 1.7% like-for-like decline in the third quarter represents an improvement compared to recent quarters.”

A return to a stable outlook could occur if M&S is able to post “sustained positive like-for-likes” across both units, Moody’s said.

The FTSE 250 listed firm said that performance has seen improvements on a like for like basis, however total sales declined in its Clothing and Home sector.

Notably, the period mentioned includes the festive holidays however British supermarkets seemed to have lost ground.

The British supermarket mainly attributed its growth in UK trading to food unit, where sales climbed 1.5% year on year to £1.7 billion. Notably in the food unit, the firm saw a 1.4% rise on a like for like time scale.

The clothes unit, which contributed heavily to a slump back in November saw sales fall again by 3.7% to £1.06 billion and on a like for like basis sales fell 1.7%.

Notably, Marks fell victim to a retail slump which was experienced by both Tesco (LON:TSCO) and Sainsbury’s (LON:SBRY).

In November, the firm reported a plunge in their profits which sent shares crashing.

Chief Executive Steve Rowe alluded to several factors which had caused the slump including blamed the 5.5% decline in like-for-like clothing sales in the first six months of its financial year on supply chain problems and buying errors that meant popular sizes quickly sold out in store and online.

M&S said the store closures would reduce clothing sales by 2% rather than the 3% previously thought but warned that its profit margins would come under pressure in the second half.

After recovery was made by striking this deal with Ocado, the senior board at Marks and Spencer have other issues to attend to outside of poor business performance.

Additionally, the slump in clothing sales contributed to the poor performance in the online shopping sector where sales barely grew – an outcome it admitted was “less than planned”.

Store closures in May

In May, Marks and Spencer announced that they would be closing stores following a slip in performance in its full year results.

The company said that profits were impacted by £438.6 million in exceptional costs, including £222.1 million relating to its transformation plan.

UK Food revenue, one of the retailer’s biggest revenue drivers, fell 0.6%, with like-for-like revenue down 2.3%

Home and Clothing revenue, which has been struggling for several quarters, was down a further 2.9% largely as a result of store closures.

Looking at the performance over the last few months of both Marks and Spencer and Aston Martin, it is clear to see why Moody’s have slashed their outlook. Shareholders from both firms will be hoping that performance can be turned around in what seems to be a cut throat period of UK trading in a retail slump.