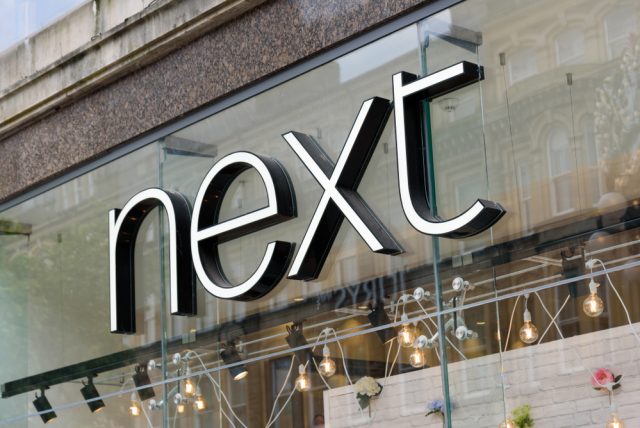 Next released a trading statement on Thursday, reporting strong sales in the pre-Christmas shopping period. Despite this, it has lowered its full-year profit by 0.6%.

Full price sales for the Christmas trading period, which began on 28 October and ended 29 December, have been in line with the guidance released in September.

Total full price sales were up 1.5% compared to the same period in 2017. Online sales, including interest income, were 2.2% above expectations. This growth was not reflected in its retail sales which remained 1.7% below expectations.

For the year ahead, Next expects its full price sales to grow 3.2%, which remains in line with its September guidance. Despite this, the fashion retailer did slightly reduce the full-year profit that it previously outlined. It is now expected to come in at 0.6% below the level previously outlined, a reduction to £723 million.

Moreover, the retailer expects earnings per share of 435.2p. This is a 4.4% increase compared to the previous year.

In the trading update, Next outlined that all forecasts come with a strong level of uncertainty as a result of Brexit.

“Any sales forecast made in January comes with a high degree of uncertainty. This year uncertainty around the performance of the UK economy after Brexit makes forecasting particularly difficult. We have not factored into our sales estimates the potential benefits of a smooth transition or the downsides of a disorderly Brexit,” Next said.

At the end of 2018, PwC reported that the UK high street was facing the toughest trading conditions in five years. Indeed, the poor footfall numbers of 2018’s Boxing Day sales reflect a broader sector-wide crisis that hit retailers last year. In addition to Brexit uncertainty, we took a look at some of the factors fuelling the UK retail crisis. These include smarter shopping habits and changing UK weather patterns that are impacting clothing lines.