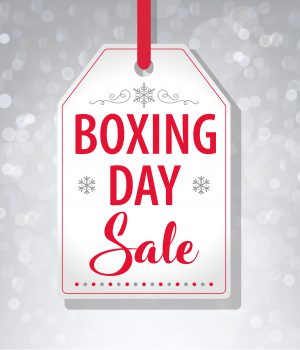 The number of people visiting retailers on Boxing Day has dropped for the third year in a row. The disappointing turnout reflects the broader sector-wide crisis that has hit retailers in 2018. Clearly the final sales boost from the festive season is not enough to end the year on a high.

Experts have said that the average footfall across the UK dropped by 3.1%. This is despite retailers offering generous discounts on their goods. The average reduction of products was a record breaking 43%, according to the Telegraph.

The areas worst hit by the poor turnout are out of town retail parks and shopping centres where footfall dropped by an average of 5%. The high street, on the other hand, only saw a drop of 1.1%.

“Since late December discounts have remained uncharacteristically high – we’re expecting this trend to continue deep into January with better discounts, as retailers try to shrug off a tough 2018. We expect the best bargains will be predominantly in fashion and in particular warm clothing.”

The poor turnout is likely to lead to prices being slashed even further by retailers as January develops.

Boxing Day is the most popular day to shop over the festive sales period, according to Barclaycard.

There were some shoppers who had risen early to queue and make the most of the sales. Indeed, managing director of Harrods, Michael Ward, said that customers were served hot drinks as they queued outside waiting for doors to open.

“We’ve already got queues outside every aspect of the building – people have been here since seven o’clock,” he told Sky News. “Our butlers are just out serving them with teas and coffees – so we’re going to have a very civilised but very good sale.”

With ASOS releasing a profit warning during the lead up to Christmas, a particularly odd time for retailers to do so, we took a look at some of the factors which have been fuelling the UK retail crisis. Brexit uncertainty aside, smarter shopping habits and changing weather patterns could also be driving poor sales.

The 26th December marks the first day of the sales. Will figures pick up if retailers slash prices even further?