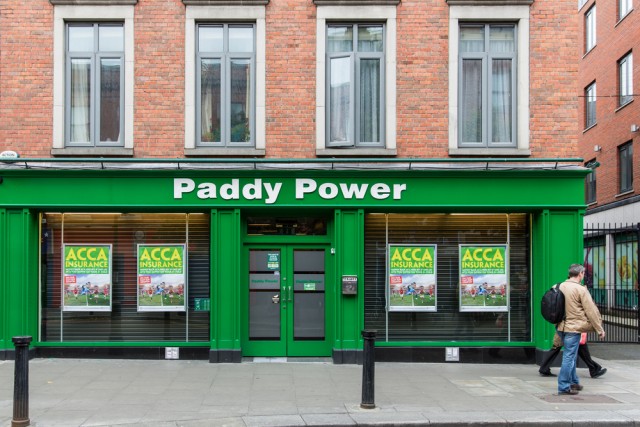 Paddy Power Betfair has reported a jump in third-quarter revenues.

The group reported a 12% increase year-on-year, with revenues of £483 million for the three months to 30 September.

“In Europe, the encouraging momentum that we saw in Q2 accelerated further, with online revenue up 15%.”

“This momentum, which was evident in both Paddy Power and Betfair, is driven by enhancements in product and good execution in promotions and marketing,” he added.

The bookmaker said that the “good conclusion” from the Football World Cup helped benefit revenues over the summer.

Paddy Power lifted its full-year guidance forecast of underlying earnings from £460-480 million to between £465-480 million.

The group expects slight headwinds over the next year, including Irish betting taxes that are set to be hiked from January 1.

“Had [these changes] applied throughout 2018, we estimate that the gross impact on EBITDA from the combination of regulatory, tax & product fee changes in the UK, Australia and Ireland would have been approximately £115 million,” said the group.

“The US market arguably remains the most exciting part of the business given the scale of the opportunity with legalised sports betting,” he said.

“Paddy Power’s acquisition of FanDuel earlier this year is proving to be a clever move as it provides a ready-made audience of people betting on sports, albeit from a fantasy level.

“It is pinning its hopes on cross-selling legal sports betting to this customer base as and when more US states allow it.”