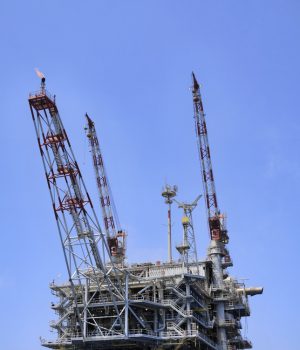 PetroTal (LON:PTAL) have said on Monday that they are looking to expand production capacity in 2020.

PetroTal is a oil and gas development and production company domiciled in Calgary, Alberta, focused on the development of oil assets in Peru.

PetroTal’s flagship asset is the Bretaña oil field in Peru’s Block 95 where oil production was initiated in June 2018, six months after acquisition, and within 18 months has exceeded the initial 10,000 bopd goal.

In 2019, the firm produced over 1.5 million barrels of oil giving an average production figure of 4.131.

This was significant for the firm, as this showed a huge raise from the year before, and following these gains it seems that PetroTal want to go one step further.

Average production from Peru’s Bretana field within the fourth quarter of 2019 was 7,757 barrels of oil per day which showed a massive climb of 77% from the quarter previously.

Texas-based PetroTal said the 5H well is continuing to perform above expectations, producing 240,000 barrels of oil in the first 30 days of operations.

The company will be announcing, within the next week, its 2020 budget, which will include a plan of achieving an exit rate production figure of 20,000 barrels per day at the end of 2020.

“We’re pleased that we were able to exit 2019 at the upper end of the previously announced guidance, a new record oil production level for PetroTal.  The entire PetroTal team worked extremely hard to accommodate the strong oil production of the 5H well during the CPF commissioning phase.  Additionally, the implementation of the PetroPeru oil sales contract, enables the Company to receive regular monthly revenues for its oil production.”

At the end of November, the firm saw its shares in green as it gave an optimistic production guidance update.

PetroTal reported the completion of drilling at its second horizontal well on the Bretana field in Peru, which gave shareholders optimism on Monday.

The firm said it had completed completed the 5H well, its second horizontal well, at its 100%-owned Bretana oil field in Block 95 in Peru.

The well was completed on time and costs came in 20% under the original budget of $14.5 million, which was a noteworthy accomplishment for shareholders to take.

The initial three-day production rate was 8,250 barrels of oil per day, exceeding management’s expectations. Bretana was able to record production of over 9,000 barrels per day, a record PetroTal said, with only two of the six wells online.

The hungry nature of PetroTal is something which will impress certainly both shareholders and the market. Following these expectations, there will be a hope that the firm can deliver consistent growth across the year.