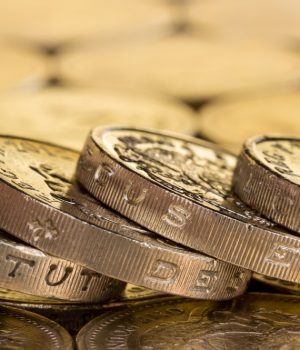 The pound fell lower on Friday after Theresa May’s trip to Brussels to discuss the backstop issue with EU leaders.

Ian Strafford-Taylor, the chief executive of currency traders FairFx, said: “Over the last couple of months… we’ve seen several developments in Brexit negotiations, MP resignations and more recently a leadership challenge which have all sparked significant turbulence for the pound.”

The fall in the sterling has seen passengers at Heathrow being offered one US dollar for each pound.

“Now that Theresa May has vanquished a vote of no confidence the currency can get back to focusing on the depressing state of her attempts at Brexit. Falling half a percent against the dollar – cable ducked back under $1.26 in the process – and 0.3% against the euro, sterling slumped in the face of the latest round of rejections from the EU, May’s desperate attempts to save her deal so far proving pretty useless,” said Connor Campbell from Spreadex.

The Euro has also fallen on Friday amid Brexit uncertainty and protests taking place in France.

Chris Williamson, who is the chief business economist at IHS Markit, said: “The eurozone economy saw a disappointing end to 2018, with growth slowing to the weakest for four years.”

“While some of the slowdown reflected disruptions to business and travel arising from the ‘yellow vest’ protests in France, the weaker picture also reflects growing evidence that the underlying rate of economic growth has slowed across the euro area as a whole.”

“Companies are worried about the global economic and political climate, with trade wars and Brexit adding to increased political tensions within the euro area. The surveys also point to further signs that the struggling autos sector continued to act as a drag on the region’s economy.”

“Forward-looking indicators such as new orders and future expectations remaining subdued suggest that demand growth is stalling, adding to downside risks to the immediate outlook.”