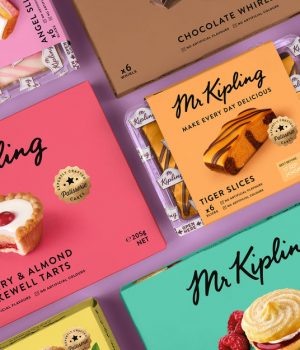 “We faced into two sets of challenges in the quarter – lower international sales and our logistics programme, which as expected, affected cake sales volumes early in the quarter,” said Gavin Darby, the group’s chief executive.

“As we look to the fourth quarter, we expect to see a good performance from branded Sweet Treats and we have a good innovation plan lined up,” he added.

Darby will be stepping down in February, where he will be replaced by chief financial officer Alastair Murray on an interim basis.

Whilst sales in sweets declined by 20.7% due to issues surrounding logistics, Premier Foods reported strong sales in Mr Kipling, Bisto and Batchelors.

“This was due to the business experiencing lower sales volumes as a result of implementation challenges associated with its logistics programme, however, customer service levels improved steadily during the quarter. Additionally, the Sweet Treats business exited a number of lower margin seasonal and non-seasonal cake contracts. In the Grocery business, Non-branded sales increased +2.5% as contract wins in Stuffing and Cooking sauces were partly offset by lower sales at Knighton Foods.”

The group have said that full-year profit expectations remain the same.