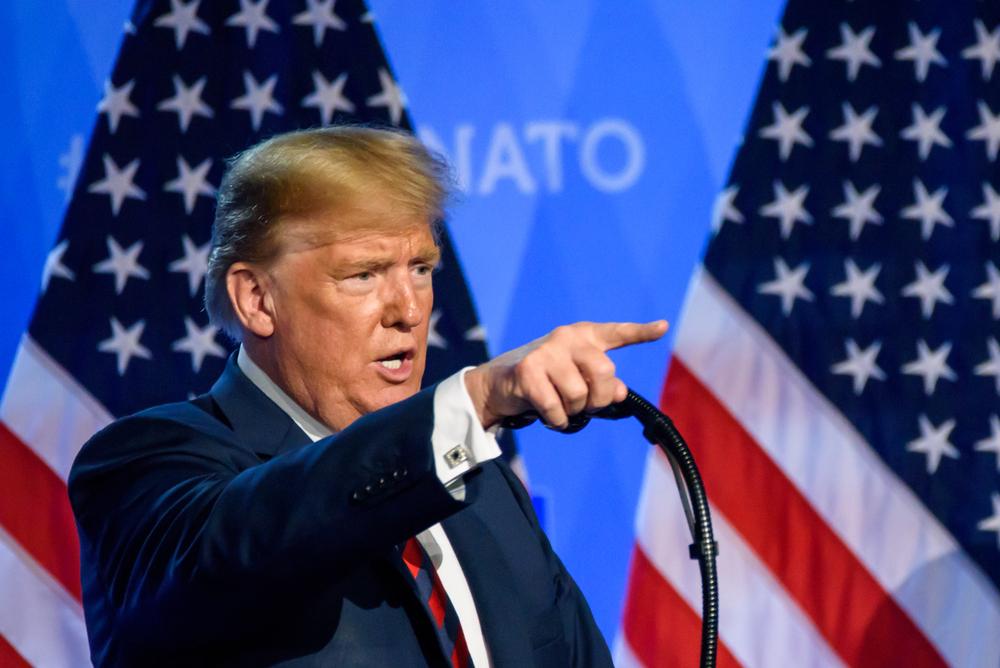 After attempting to recoup some sense of hope after Monday’s painful start to December, markets lost their footing during afternoon trade, following a procession of threats and condemnations issued by Donald Trump at the NATO summit in London.

Just as soon as the POTUS issued words of cooperation and partnership, he just as soon condemned fellow leaders for working to serve their own – or common – interests, which are at odds with what he sees as best for the US.

You might’ve thought that tensions with China would be enough to keep Donald Trump occupied. However, this week’s threats issued to Argentina, Brazil and France show just how little the president cares about shaking up the US’s peers to serve his own ends.

Some have commended his protectionist stance, but anyone in touch with the modern world would be right to condemn it. Mutual self-interest insures cooperation and stability, isolationism promotes a myopic race to the bottom, zero-sum positionality, and ultimately, conflict. The US may be the biggest fish, but it only retains its hegemony by appearing more favourable to its peers than the other large alternative.

“Donald Trump continued to play havoc with the markets on Tuesday, following Monday’s trade scramble with some more disheartening comments regarding any ‘phase one’ agreement between the US and China.”

“The biggest takeaway from a series of Trump headlines – the President is currently mouthing off at the NATO summit in London – was that a he thinks ‘it’s better to wait until after the election for the China deal’. Though he did go onto state that Beijing wants to ‘make a deal now’, investors immediately started to fret that this could mean any agreement is delayed for another 12 months – a massive can-kick given the two superpowers were meant to sign a deal at the cancelled APEC summit in mid-November.”

“That wasn’t all. Trump followed up his overnight tariff threat to France, where he floated penalties on $2.4 billion in luxury goods from the country in retaliation to its digital services tax, with a tense press conference with Emmanuel Macron. In it the US President warned of ‘substantial’ taxes to French goods, despite also claiming the two nations could work out their issues.”

“On a real roll, Donald also took a side-swipe at the EU in general, bemoaning an ‘unfair trade situation’ with the bloc, potentially teeing up further conflicts down the road.”

“The markets, still woozy from yesterday’s losses, suffered another freefall in the aftermath of these provocations. The FTSE struck 7160 for the first time in 6-weeks as it lost 120 points, while the CAC plunged 1.1%. The Dow Jones, which on Monday had hit 28200, sank to a one-month nadir of 27400, shedding an eye-watering 400 points. Oddly, the DAX was immune from all this, the German index actually adding 0.2% in the face of its peers’ losses.”

“The FTSE’s day was made that bit worse by the pound’s own gains. The latest Kantar poll put the Tories 12 points ahead of Labour, contrary to many other surveys showing a shrinking Conservative lead. This news allowed sterling to pop 0.3% higher against dollar and euro alike, taking it to $1.2984 and €1.172 respectively.”