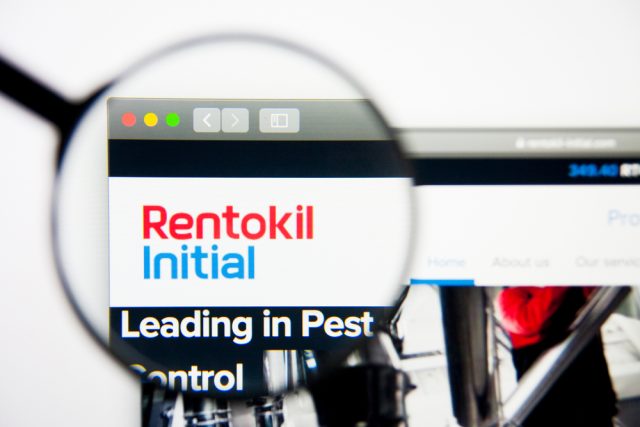 Rentokil Initial (LON:RTO) said it enjoyed a ‘good start’ the year, with acquisitions boosting revenues during the first few months of 2019.

Rentokil Initial said that 4% of revenue was derived from organic Revenue growth, whilst 4.9% was from acquisitions.

Ongoing revenue at its pest control business increased by 12%,on the back of strong performances in core and emerging markets, up 12.1% and 11.5% respectively.

Its hygiene business also enjoyed a strong performance, with ongoing revenue growth of 7.2%.

Meanwhile, ongoing revenue in its Protect and Enhance markets proved in line with the previous year.

The group signed a raft of acquisitions during the first three months of 2019.

Four of these were in Pest Control, in particularly in North America and Latin America, whilst an additional four were in Hygiene.

“We have had a good start to 2019 and I’m pleased with our performance in the first three months of this year. I am confident of another year of successful growth for the Company, in line with market expectations.”

Rentokil Initial has been the subject of an investigation by the UK’s competition regulator, the competitions and markets authority (CMA), regarding to its takeover of MITIE’s pest control unit.

The CMA concluded that the firm must address concerns relating to the merger by April 23, or it will face further investigation.

Earlier this month, The CMA said: “Having considered a wide range of evidence, it (CMA) has found there could be a substantial reduction in competition, which may lead to higher prices or reduced quality for customers.”

Shares in the company are currently trading +1.77% as of 12:42PM (GMT), as investors react to the trading update.