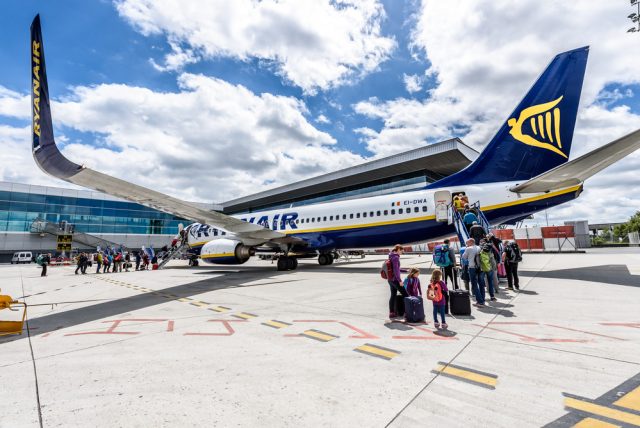 99% of Ryanair (LON:RYA) cabin crew in Spain have voted for a recognition agreement with local trade unions, the airline announced in Tuesday.

The recognition agreement with SITCPLA and USO aims to cover all of Ryanair’s directly employed cabin crew in Spain.

The airline and SITCPLA and USO are now progressing a collective labour agreement. The agreement hopes to be concluded by 30 April 2019.

Spain is the company’s third largest market. It currently has 13 of its 89 bases in the country, according to the Independent.

At the beginning of January, the airline’s cabin crew called off a strike that was planned for 10 January and 13 January.

Moreover, the airline faced legal action over its refusal to offer compensation to thousands of its customers. The Civil Aviation Authority (CAA) said that the customers who had their flights cancelled over the summer period are entitled to compensation under EU regulations. Thousands of customers were affected by the cancelations and delay of flights over the summer. However, Ryanair has said that it does not owe its passengers compensation because the strikes were as a result of “extraordinary circumsances”.

In November, the budget airline announced that it would not alter its plans to close its base in the Netherlands. It was reported that Ryanair had been attempting to limit the power of staff unions by claiming to close bases and relocate staff. Since last August, two staged walkouts had taken place in Portugal, Germany, Spain, Belgium and the Netherlands.

In addition to the employee turmoil, the airline made significant changes to its hand luggage policy last year. The new rules allow a ‘medium’ sized bag, with passengers being given some 25% leeway to the maximum dimensions.