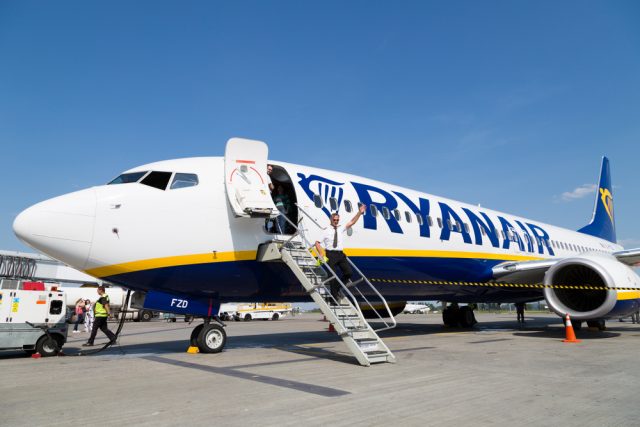 Ryanair (LON:RYA) posted its traffic statistics on Tuesday, growing its May passenger volume by 13%.

Founded in 1984, the Irish low-cost airline is headquartered in Swords, Dublin, with its primary operational bases located at Dublin and London Stansted airports.

Passenger numbers grew to 14.1 million in May, which is 13% higher than that of the same month a year prior.

Numbers were boosted by an 8% growth at Ryanair, in addition to the 0.6 million passengers from the acquisition of Lauda, a subsidiary of Ryanair Holdings fully acquired at the start of the year.

Additionally, the low-cost airline operated roughly 78,000 flights in the month of May.

Ryanair’s passenger statistics come just a day after those posted by Wizz Air, the largest low-cost airline in Central and Eastern Europe.

In aviation across the world, the recent global grounding on the Boeing 737 MAX fleet has taken its toll on certain airlines. American Airlines (NASDAQ:AAL) posted its first-quarter results, citing the $350 million blow it has had on the major American airline.

Travel company Tui (ETR:TUI) also warned that the global grounding of the model may cost it as much as £258 million.

Since the two Boeing 737 MAX crashes, airlines and governments across the globe have grounded the model, triggering investigations into the accident.