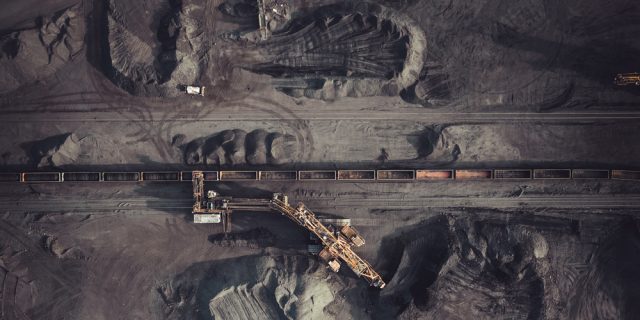 South32 Ltd (LON:S32) have reported an impressive performance across the interim period however told shareholders that the coal sector remains cautious.

Aluminium production was flat at 496,000 tonnes, which will not worry shareholders.

Nickel production did see a 2% slip in production to 20,600 tonnes whilst silver rose 2% to 6.1 million ounces.

The lead sector saw impressive growth for South32 as there was a rise in production to 55,300 tonnes seeing a 14% growth.

The coal sector, which is one of South32’s biggest operations saw production fall 2% to 12.6 million tonnes, as did metallurgical coal output declined by 7% to 2.9 million tonnes.

The miner alluded to tough market conditions for coal across the last few months, which has reduced activity in South Africa.

Shareholders will take note that the firm said that for coal output it expects production to be towards the bottom end of its guidance.

“We continued our strong start to the year, delivering record year to date production at Brazil Alumina and maintaining production guidance across the majority of our operations.

“We have acted decisively during the quarter in response to market conditions, reducing contractor activity at South Africa Energy Coal and higher cost trucking at our South Africa Manganese business.

“Our disciplined approach to capital allocation has enabled us to maintain our strong financial position and return a further US$331 million in the December 2019 half year with the continuation of our on-market share buy-back and payment of our ordinary dividend in respect of the prior six months.

“We have taken further action to reshape and improve our portfolio. We exercised our option to acquire a 50% interest in the base metals focussed Upper Kobuk Mineral Projects in Alaska, entered into a binding conditional agreement for the sale of South Africa Energy Coal and progressed the review of our manganese alloy smelting exposure.”

The firm said that it will sell its subsidiary coal unit for ZAR100 million in an upfront payment deal, in November.

Each trust will take a five percent stake each, with Seriti holding 82%.

The remaining eight per cent not included in the deal, is held by industrial investors Phembani Group Proprietary Ltd.

Seriti will make an up-front cash payment of about 100 million rand ($6.8 million), based on an enterprise value of 1.25 billion rand, to acquire South32 SA Coal Holdings Proprietary Ltd, South32 said in a statement.

A big titan in the mining industry, Rio Tinto (LON:RIO) also operate in South Africa, in similar fashion to South32.

Rio Tinto who are one of the blue chip miners have made announcements that they have worked with Savannah Resources (LON:SAV) to win licenses for operations outside of South Africa.

However, Rio have seen their operations slowdown in South Africa. Rio Tinto gave shareholders a cautious outlook over safety concerns at its Richard Bay Minerals unit in South Africa.

The firm said it has shut down the project over fears for the safety of its employees due to an “escalation in violence in the communities surrounding the operations”.

“There has been an escalation of criminal activity towards RBM employees and one was shot and seriously injured in the last few days. As a result, all mining operations at RBM have been halted and the smelters are operating at a reduced level, with a minimum number of employees now on site. Construction of the Zulti South project has also been temporarily paused,” Rio said.

South32 can be pleased with the update given today, and the firm will be looking to produce a finer string of results across 2020.