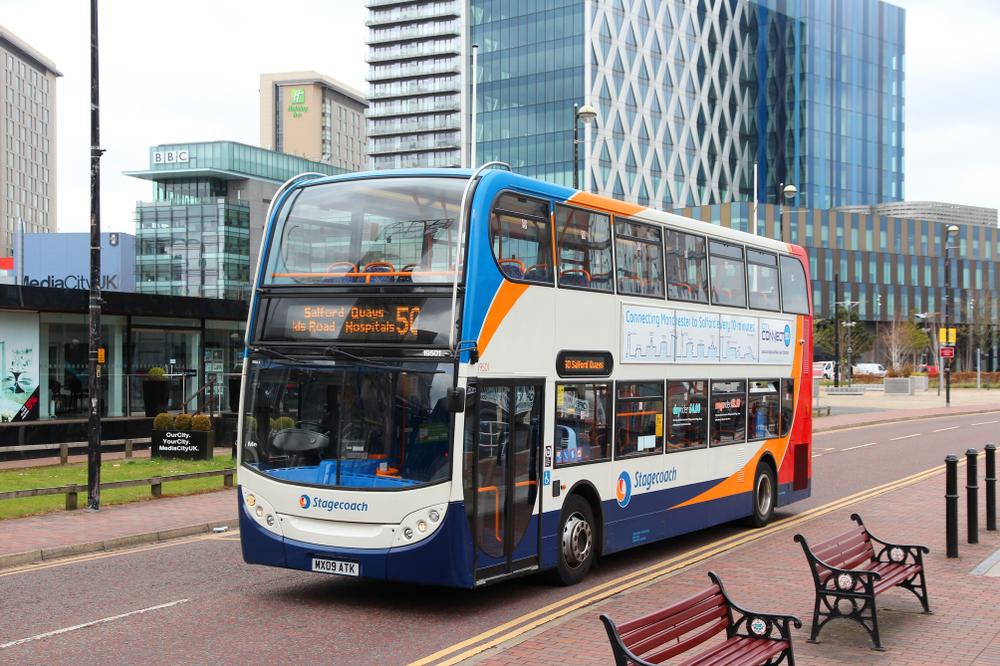 Martin Griffiths, Chief Executive of Stagecoach, maintained a positive outlook with his comments in the Company’s update today.

“I am pleased to report good financial results as we reposition the business,”

“We continue to focus on driving growth at our core high quality bus and coach operations in the UK, but we have no intention to bid for new UK rail franchises on the current risk profile offered by the Department for Transport.”

“We have maintained our expectation of earnings per share for 2019/20.”

Changes to the Board

Alongside the latest round of results, the Company announced a series of changes to its Board of Directors. Aside from the change of heart of Karen Thompson, who has decided to remain as Stagecoach‘s Non-Executive Director, all scheduled departures from the Board will take place before the Company’s AGM on the 30th of August 2019.

Regarding the Board reshuffle, the Company’s statement read,

“Deputy Chairman, Will Whitehorn, will step down from the Board on 30 June 2020, when he will have served for nine years and be regarded as non-independent based on the criteria for independence stated in the UK Corporate Governance Code.”

“Will Whitehorn will be succeeded as Deputy Chairman by Ray O’Toole, who joined the Board as a Non-Executive Director in September 2016 and is currently Chairman of the Health, Safety and Environmental Committee and the Remuneration Committee. Ray O’Toole, who is also a member of the Audit and Nomination Committees, has extensive senior experience in the public transport sector in the UK, mainland Europe and North America.”

“In addition, Non-Executive Director, Dame Jayne-Anne Gadhia, has indicated that she will be stepping down from the Board on 31 July 2019 and will therefore now not seek election at the 2019 Annual General Meeting. Dame Jayne-Anne is stepping down to take up the new full-time role of Chief Executive at financial services start-up, Snoop.”

“Stagecoach, the UK’s biggest bus and coach operator may have been driven down a narrower path than it had scheduled by its corporate sat nav, thanks to shareholder pressure and yet another rail franchise disqualification, but the newly-focused group should now put the board back in the driving seat.”

“The focus on cost-effective coach fares and greener vehicles should fare well. Already the UK’s biggest investor in hybrid-electric bus technology, Stagecoach has invested more than £1 billion in new greener buses over the past decade and a further £80m-plus will see it operating more than 350 new buses and coaches in the UK in 2019/20.”

Only in the early knockings of the new financial year, the outlook doesn’t look as bleak as the fall in earnings might suggest.

The Company have kept their full-year dividend steady at 7.7p per share, and shares have rallied modestly by 1.96% or 2.3p in Wednesday morning trading, up to 119.9p per share 26/06/19 12:30 GMT. Analysts did not find a consensus on Stagecoach stock, with Deutsche Bank reiterating their ‘Buy’ rating while Liberum Capital reiterated their ‘Hold’ stance.