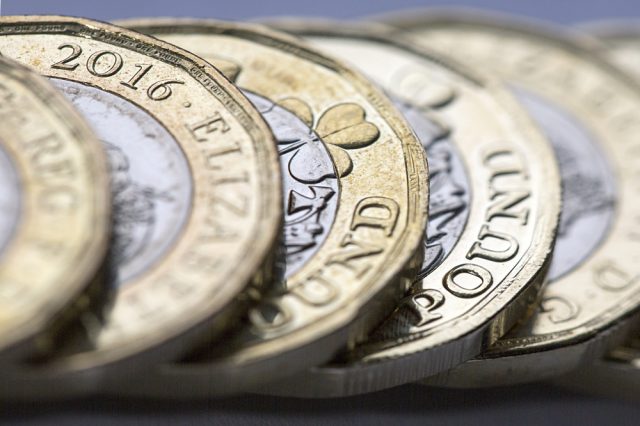 Sterling weakened on Monday after the release of UK growth figures that showed the pace of growth had declined to the lowest levels since 2012.

Growth in Q4 2018 stumbled to 0.2% as the service sector was only are to post growth and Business Investment declined.

The fall in GBP/USD compounds a poor February for sterling thats seen the currency pair drop over 200 points.

1.4% fall in Business investment in Q4, the 4th consecutive quarterly fall in a row https://t.co/HjIDTfZktM pic.twitter.com/kNjKFmpYRB

The decline in the UK’s growth rate was attributed to lower factory orders and activity in the automotive sectors.

Fear over Brexit were blamed for the poor figures as businesses held back on making decisions until the UK government gave more certainty on the withdrawal process.

Despite Brexit being blamed for the weakness, the UK’s disappointing GDP’s figures comes hot on the heels of a raft of data from mainland Europe suggesting the economic picture is weak throughout the continent.

Italy have recently confirmed they are in a technical recession and Germany could well do the same following a 1.6% decline in factory orders suggesting Europe’s biggest economy is taking a turn for the worse.

While Italy’s politicians blamed their recession on ongoing Eurozone austerity, Germany’s woes are firmly driven by a declining demand for goods, especially automotives – something that was also evident in the UK economy.

The UK’s service sector was the only area of the economy that grew with strong growth in IT.

Business investment was weak, posting the fourth quarter of decline.

Head of GDP Rob Kent-Smith commented on the data:

“GDP slowed in the last three months of the year with the manufacturing of cars and steel products seeing steep falls and construction also declining. However, services continued to grow with the health sector, management consultants and IT all doing well.

“Declines were seen across the economy in December, but single month data can be volatile meaning quarterly figures often give a better indication of the health of the economy.

“The UK’s trade deficit widened slightly in the last three months of the year, while business investment again declined, now for the fourth quarter in a row.”