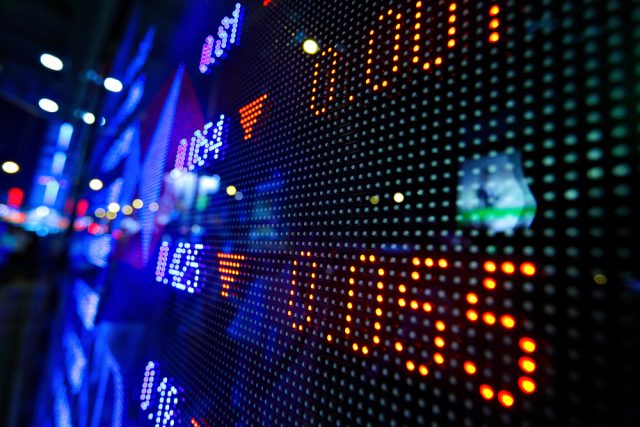 The story begins to write itself at this point. Goldman Sachs (NYSE: GS) tells us that the negative impact of the US-China trade war will diminish in 2020, but the refusal of gold prices to stage any kind of concerted climb-down tells us the opposite story. As the Tuesday session lets out its final breath, the predictable bottom line is the same as it has been for what will soon feel like an eternity: there hasn’t been substantive progress of resolving trade tensions, so markets have nothing to celebrate.

“The markets were a mixed bag on Tuesday afternoon, the uncertainty regarding the US-China trade deal leaving the European and US indices without a uniform direction.”

“The Dow Jones, which at one point spiked to 28150, pulled back under 28000 as the session went on. That 50 point loss seems, in part at least, to stem from the confusion surrounding the trade deal. From a ‘constructive’ phone call on Saturday morning to reports of Chinese pessimism on Monday, with a Huawei (SHE: 002502) ban delay and hopes of Chinese stimulus thrown in to muddy the waters, it is hard to work out exactly where the superpowers stand.”

“One relatively clean positive, at least, was the claim by Goldman Sachs that the negative impact the trade war is having on the global economy should start to fade in 2020. And even then that is only if there isn’t any further escalation – and remember, there is another round of tariffs scheduled for December.”

“Elsewhere the CAC lost its initial 0.4% rise to fall 0.1%, but with the DAX holding onto its own half a percent increase.  The FTSE, meanwhile, put some distance between it and 7300 with a 30 point rise.”

Outside of trade war fears, the UK had the small matter of the general election to contend with.

“Sterling showed the hint of some pre-debate nerves on Tuesday, flitting in and out of the red against both the dollar and euro without ever seriously threatening to undo yesterday’s gains. It will be interesting to see how the currency behaves on Wednesday morning, post-Boris v Jeremy. A perceived Tory win could see it climb higher; the alternative may give the right-leaning markets cause for concern.”

A Conservative triumph does seem likely this evening. Though an important distinction should be made between a volume contest – or even valence attributes such as debating skills – and the merit of individual policies, I imagine the Labour leader will fail to articulate his policies convincingly, and will likely succumb to Boris’s highly compelling “Marxist!” jibes or empty promises to champion the NHS.