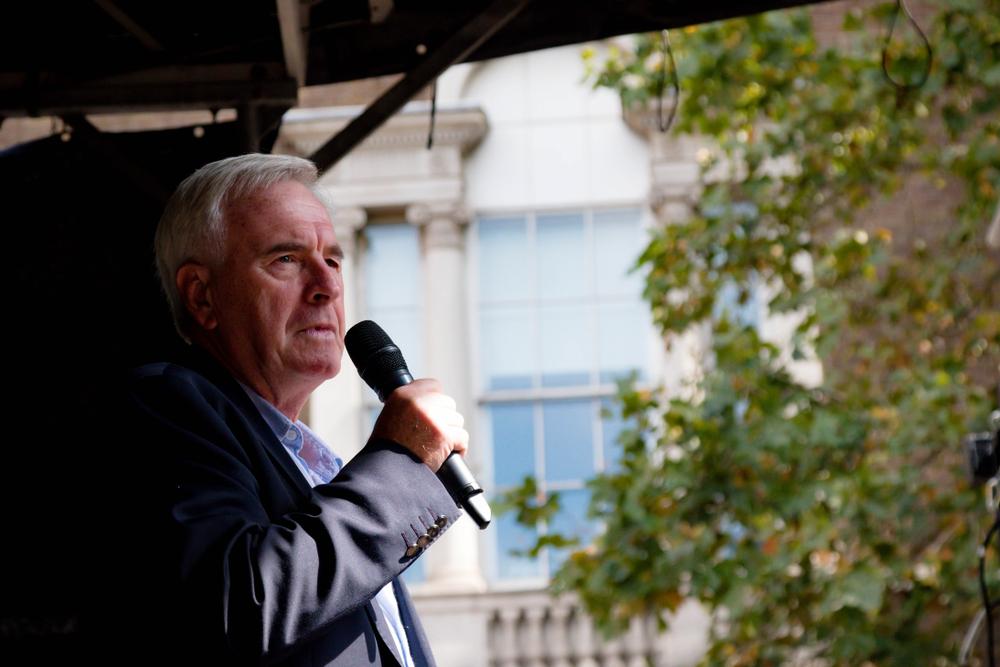 Its important to begin by saying that neither the mutualised structure, nor its benefits, are completely extinct within British society. Indeed, not only do companies such as the Co-operative Group adhere to an explicitly co-operative structure, but John Lewis functions as an employee-owned mutual and Lidl has the kind of pay structure you’d expect from a mutualised company, without actually being one. So, why have Labour decided to champion this kind of company composition?

According to John McDonnell, workers and consumers will “take back control”.

Giving a speech in Westminster on Tuesday, McDonnell laid out the following tenets for company restructuring and regulation under a Labour government:

Speaking on the aims of these policies, McDonnell said that the plan was to create a business model that wasn’t based on the “unfettered pursuit of profit maximisation”.

he added that the relentless appetite for shareholder value and “corporate greed” had been detrimental to regular working people whose hard work created the wealth that a small number shuffled around in zero-sum games.

“Labour’s reforms to how our large businesses and public utilities are governed, owned and regulated and how both workers and consumers are represented will genuinely enable them to take back control,” he added

He said Labour wants to “rewrite the rules” of the business model and “treat people fairly and with respect”. Under the current model, people have “often been treated as virtual chattels”.

As is often thought of Corbynist Labour policies, they likely ask for too much, too quickly. I think this policy package will, or already has been, tarred with the same brush of judgement.

I will say, however, that these policies move toward the correct, or at the very least an admirable, direction. Co-operative or mutualised company structures are conducive not only to fairer work conditions but, following Fordist logic, could lead to greater productivity. Such policies lead to better quality employment: fairer representation, a stake in Company progress and narrative and an interest in giving your best to an employer that treats you with dignity.

And these themes are hardly the musings of left-wing ideologues either. In the eminent wisdom of his book ‘The Future of Capitalism’, my idol and Oxford University Economics Professor Paul Collier speaks out against the precarious, impersonal and myopic shareholder structure, and talks favourably about a return to pre-1986 mutualised corporate structures. Ultimately, a shift of focus, from agglomeration to reciprocity.

New Statesman author Jason Cowley called the essence of Collier’s ideas ‘radical’, and I certainly can’t disagree that such a move would be a slap in the face to free-market doctrine. But from the perspective of the policymaker, such ideas are entirely within the remit of the state, and vital in their often forgotten role (in everything but rhetoric) of ameliorating divisions and tensions within society.

With this being the case, and within the current context of austerity-Brexit Britain, I side with Collier in saying such policies are quintessentially pragmatic and very much needed.

As far as Labour are concerned, I applaud the idea but I’d urge them to reign in their ambitions. Even if all the changes being tabled are ostensibly wise, forcing such a seismic shift within such a short space of time isn’t politically prudent. It will likely lead to deepening of existing divides, adversarial politics and the emotional bombast that fester in British society, and prevent productive discussions from being had.

Also, in the interest of appearing to be a realistic party of government, I’d suggest Labour look for synonyms for the word ‘worker’. It is inherently Marxist terminology, and while this point may appear superficial or even facetious, I think we can all appreciate they don’t do themselves any favours, and right wing rags will happily use any ammunition they’re given.