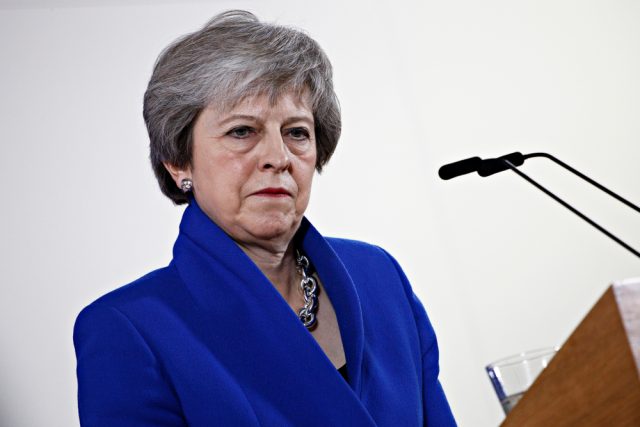 Theresa May is set to reveal the details of her new Brexit deal later today, following a three-hour meeting with her cabinet.

The Prime Minister is expected to give a speech at 4PM to outline the “bold” new plan.

The so-called backstop has proved one of the most controversial aspects of Theresa May’s Brexit deal.

Thus far, Theresa May has failed to get her deal passed through parliament on three separate occasions.

Her failure to deliver Brexit has led to mounting calls for May to revise, from those within her party and the opposition alike.

However, the Prime Minister has yet to publicly confirm a departure date, despite her eroding authority in parliament and the conservative party itself.

Last week the government was dealt a blow after the Labour leader Jeremy Corbyn pulled out of cross-party Brexit negotiation talks.

I have written to Theresa May to say that talks on finding a compromise agreement for leaving the European Union have gone as far as they can.

The government’s growing weakness and instability means there cannot be confidence in its ability to deliver. pic.twitter.com/H27qxDleaB

https://platform.twitter.com/widgets.js
Corbyn cited concerns regarding workers’ protections, the manufacturing industry and the importation of chlorinated chicken from the U.S.

This comes amid news that the one of the UK’s largest steel makers, British Steel, is heading towards administration.

The company is seeking £75 million from the government and is awaiting its decision.

Nevertheless, speculation has circulated that the company could be ready to appoint administrators as soon as Wednesday should the government decide not to intervene.