UK house prices continued to fall in May, according to the latest figures from Nationwide.

On an annual basis, price growth weakened to 2.4 percent from 2.6 percent in April.

Whilst UK house prices rose 2.4 per cent in May compared with the same month a year previously, this proved a slower rate of growth than had been anticipated.

Robert Gardner, Nationwide’s chief economist, commented: “There are few signs of an imminent change. Surveyors continue to report subdued levels of new buyer inquiries, while the supply of properties on the market remains more of a trickle than a torrent.

“Looking further ahead, much will depend on how broader economic conditions evolve, especially in the labour market, but also with respect to interest rates.

“Subdued economic activity and ongoing pressure on household budgets is likely to continue to exert a modest drag on housing market activity and house price growth this year, though borrowing costs are likely to remain low.”

The slowdown in the UK housing market has been attributed to in particular to a London-led decline, with high stamp duty and the uncertainty relating to Brexit deterring potential buyers.

According to the latest ONS figures, house prices across the capital experienced a stark 0.7 percent fall in March.

Notably, this proved the steepest fall since 2009, at the height of financial crisis.

“This is the lowest annual growth in London since September 2009, when it was negative 3.2 percent. London has shown a general slowdown in its annual growth rate since mid-2016. The second-lowest annual growth was in the north-east, where prices increased by 2.1 percent in the year to March 2018.”, The ONS stated.

Nationwide is one of UK’s largest mortgage providers, collating a UK house price Index on a monthly basis. 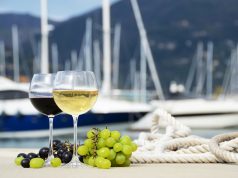 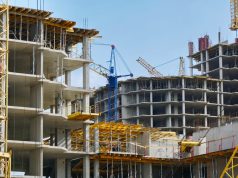