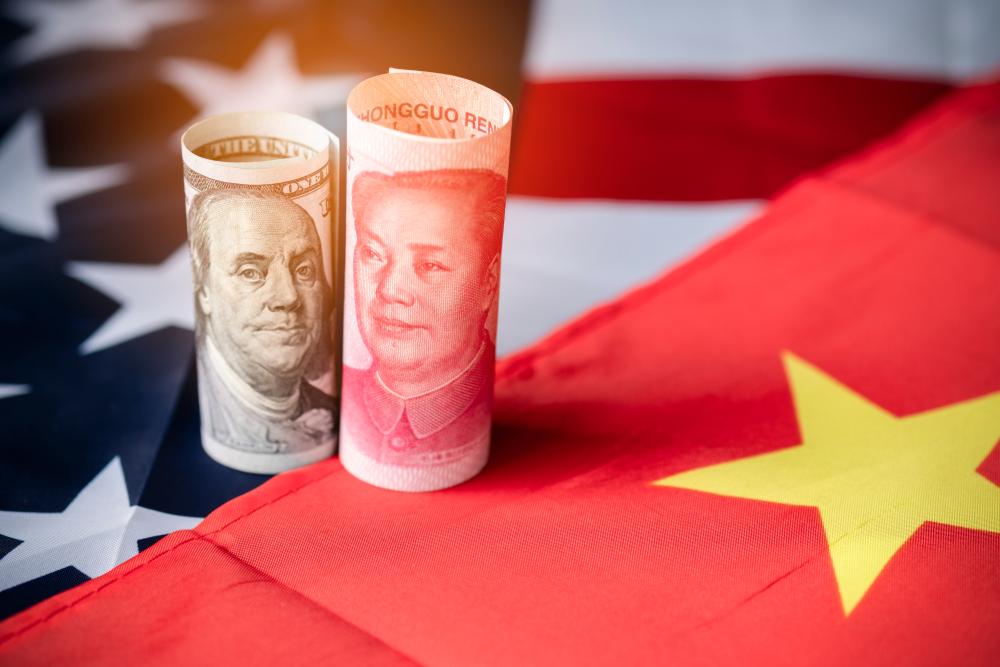 China is intent on continuing to receive the hundreds of Billions of Dollars they have been taking from the U.S. with unfair trade practices and currency manipulation. So one-sided, it should have been stopped many years ago!

Responding to yesterday’s currency movement, the US Treasury stated,

“China has a long history of facilitating an undervalued currency through protracted, large-scale intervention in the foreign exchange market.

“In recent days, China has taken concrete steps to devalue its currency, while maintaining substantial foreign exchange reserves despite active use of such tools in the past.”

Through the course of trading yesterday, Chinese currency recovered to regular form at over 7 against the dollar, having dipped as low as 6.92 – the lowest rate seen in a decade.

Today, US officials will go to the IMF to discuss potential reactionary and counteractive measures to China’s rehashed market mechanism. As it stands, any hope of a resolution to the drawn-out trade tensions seems as distant as it did some 18 months as the first round of – largely superficial – trade talks broke down.

No sympathy for the US as China plays its Trump card

As stated, downwardly setting the renminbi (or Yuan) rate has been China’s go-to weapon of choice when attempting to exert its will on the market. However, the market’s reaction has not been, as we might have expected, a prolonged period of lamenting China.

Of course, in the post-2008 crash epoch, markets went from being forward discounting to more present-day reactive, so with China’s denial of the US’s ‘currency manipulator’ accusations today, markets are quickly steadying from yesterday’s plunge.

Zhang Ming, from the Chinese Academy of Social Sciences, added, “The renminbi is depreciating mainly because of market pressures related to the trade war, disappointing second-quarter economic data and the [Chinese] government’s crackdown on domestic financial risks.”

Chinese commentators argue that the renminbi would have moved more had the Chinese government not been proactive about rate setting. The surprise, perhaps, is that international observers – the IMF included – are sympathetic to this view. As such, Trump is unlikely to receive a supportive pat on the head when he brings his complaints to the IMF today.

In the IMF’s last review of the Chinese economy in July 2018, its staff argued that, “the renminbi remains broadly in line with fundamentals,” its also, “welcomed the increase in the flexibility of China’s exchange rate, which should continue”.

The People’s Bank of China have a more old-fashioned approach to its currency than most Western countries, favouring a system of stringent management more akin (at least in the fact that it favours intervention and control) to the Gold Standard system, as opposed to the Western model of floating exchange rates. To avoid a currency sell-off similar in fashion to Turkey last year, it is expected that the PBoC will continue to tightly manage the renminbi.

Wang Tao of UBS, commented, “The [renminbi] could come back below seven before breaching it again,”

“We expect the PBoC to tightly manage exchange rate expectations and prevent [the renminbi] from depreciating significantly.”

Plainly, the tensions will likely get worse before they get better. This isn’t to say that there will be a perpetual escalation; rather a continued mutual awkwardness and back-and-forth of displays of aggression that will continue to dampen investor sentiments. That being said, backing down would be deadly for either side – but equally neither side can afford to escalate the conflict exponentially. Ironically, both sides are reliant on one-another (China for tax revenue and employment from US firms based in China, and the US on Chinese goods and labour).

Other market and macro financial news has come from; the London Stock Exchange Group(LON: LSE) and Sterling.