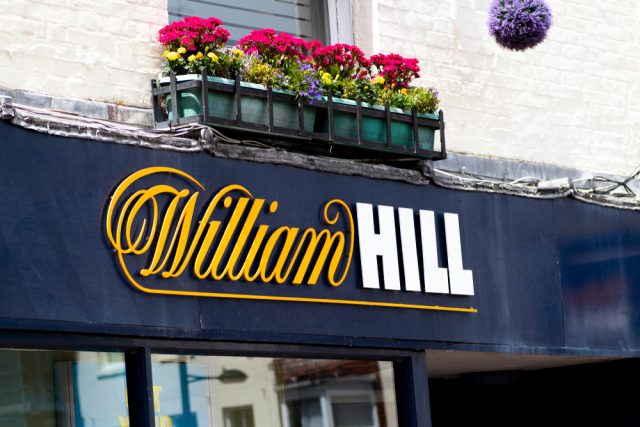 William Hill (LON:WMH) have announced the appointment of a new Chief Financial Officer on Monday morning.

“Adrian has been a committed, professional and loyal DS Smith colleague. I have greatly enjoyed working with him on both a professional and personal level for the last seven years. He will leave with our gratitude for his contribution to the group and our very best wishes in his new venture,” said DS Smith Chief Executive Miles Roberts.

William Hill said that Marsh will join the company and be appointed as an Executive Director to the William Hill Board later this year.

Notably, the company’s current CFO, Ruth Prior will be leaving the Company to join Element Materials Technology.

William Hill praised the prior experience of Marsh, saying that he had been Group CFO at DS Smith for the past seven years.

Under the guidance and leadership of Marsh, DS Smith won an elite promotion from the FTSE 250 to the FTSE 100.

Marsh also serves as a is a Non-Executive director of John Wood Group PLC and chair of its Audit Committee. He was previously Group Director of Tax, Treasury and Corporate Finance of Tesco PLC.

CEO Ulrik Bengtsson said: “I am delighted to welcome Adrian to the Board. As a proven CFO of a FTSE listed company with M&A, deal execution and multi-sector finance experience in US & European markets, he will be able to make a significant contribution to William Hill in the enablement of the strategy and is a great addition to the team”.

Adrian Marsh commented: “I am extremely excited to be joining William Hill at such a key time in the Company’s history, and look forward to supporting Ulrik and the rest of Board in delivering their growth plans for the future”.

William Hill concluded by saying that they will announce the formal appointment of Marsh and the departure of Ruth in due course.

One week ago, William Hill told the market that they agreed a deal with CBS Sports in the US.

The bookmaker said that the partnership is set to roll out in March on digital platforms that broadcast CBS Sports, as a full rollout is expected later down the line.

CBS have said that they will use William Hill’s odds, experts and sports books to increase their digital offerings and expand their presence in the US Sport broadcasting market.

William Hill will also exploit benefits including the exclusive rights to promote its brand across CBS’s range of digital platforms and networks.