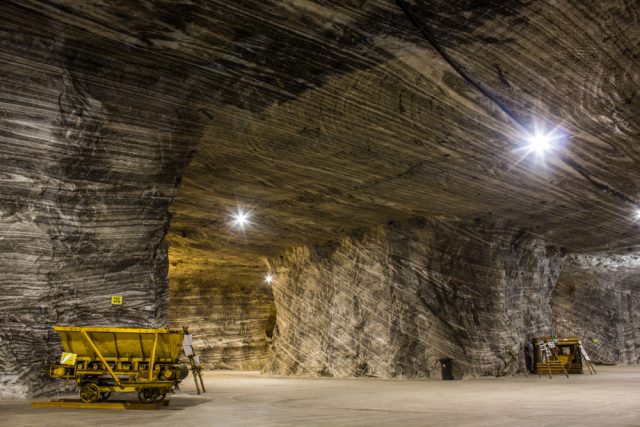 The firm has told shareholders that they are intending to expand production to current operations, following strong drilling results.

Anglo Asian mainly operate in Azerbaijan: Gedabek, Gosha, and Ordubad. Both Gedabek and Gosha are currently producing gold, with Ordubad in the exploration phase.

Anglo Asian added that they hope to publish a new resource in 2020, which will please shareholders and the firm.

At Gosha, this is still in its early state exploration phase. However the firm has remained confident to look at the subsurface potential of this site within the year.

Finally, results from Ordubad have been “extremely encouraging”, and work at this mine will continue to expand over 2020.

“Our geological work programme continues over our three contract areas. At the Gedabek contract area, work on the two new targets of Avshancli and Gilar is progressing well. Good grades at Avshancli have been returned from the surface geological work and drilling and the vein system at Gilar has been confirmed. The mineralisation footprint of the Gadir underground mine has also been further extended. Additionally, we have started investigation of a new ZTEM target, Parakend Bugor which is next to Korogly.

“Considerable work has been carried out at Gosha which has been successful confirming the mineralisation below the existing Gosha mine. Surface geological work in the Gosha mine area also indicates the presence of gold. At Ordubad, the majority of the assay results from drilling at Keleki and Dirnis completed earlier in the year have now been received and show significant gold and copper grades. We have also started trench sampling at a new target “Aylis” at Ordubad and are beginning to corroborate the results of the WorldView-3 remote satellite sensing against data obtained from field geology.

“The Company is also providing shareholders, in a separate announcement today, a summary of the overall progress of our exploration programme and the work planned in 2020.”

A few days back, Anglo Asian announced that the firm was debt free.

The firm described this as a significant achievement for Anglo Asian, and shareholders should be sharing the delight just as much as senior management.

Anglo Asian noted that they had signed a loan agreement with Pasha Bank in February 2018, which was worth $15 million.

The loan had an interest rate of 7% per year, however only $13.5 million was eventually drawn down meaning that the whole loan has now been paid.

The firm now has a real opportunity to bloom without debt burdens, and the future remains exciting for Anglo Asian.