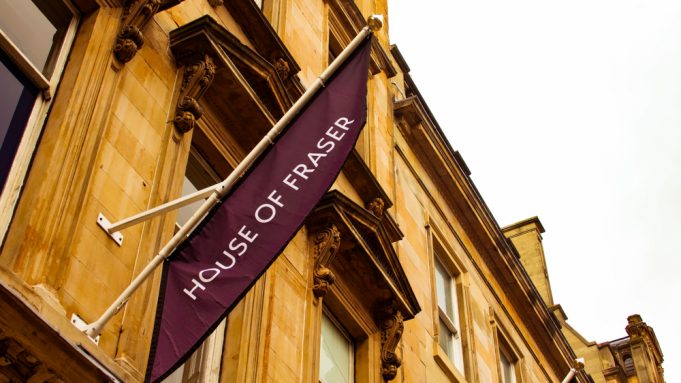 Mike Ashley has shared some of the challenges faced since buying department store House of Fraser in August.

When revealing the Sports Direct trading update, the business tycoon blamed the group’s 27% slump in profits on the £90 million cost of acquiring the failed department store.

Interim results for the 26 weeks to 28 October showed profits falling to £64.4 million.

“I have made my views clear that I believe the previous House of Fraser senior management team traded the business whilst it was insolvent for a long time,” said Ashley.

“This means we have significant challenges ahead in turning House of Fraser around. However, I genuinely believe we have acquired a fantastic opportunity and with the efforts of Sports Direct and House of Fraser teams, and the support of the brands, local councils and landlords, we can turn House of Fraser into the Harrods of the high street.”

Sports Direct non-executive chairman, David Daly said: “The fact that Sports Direct is responsible for saving thousands of jobs at House of Fraser, at a time when the High Street is under immense pressure, is an achievement of which everybody in the Group should be extremely proud.”

Earlier this month, Ashley told MPs that the internet was killing the high street and that a new 20% retail tax was necessary on retailers that make more than a fifth of their sales online.

“It is not my fault the high street is dying; it’s not House of Fraser, not Marks & Spencer (LON: MKS) or Debenhams’ (LON: DEB) fault,” said Ashley earlier in December.