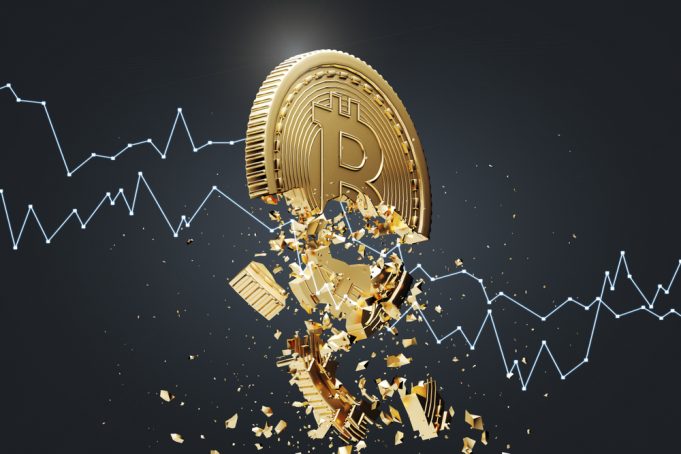 There is not doubt that 2017 marked a stellar year for the leading cryptocurrency, with the price of Bitcoin rallying to highs of $19,511 back in December.

However, it has proved a particularly volatile week for Bitcoin, with the cryptocurrency tumbling almost 30%.

Bitcoin started the year $13,500, only continuing to fall from its Christmas peak, losing 75% of its value.

As a result, many are starting to proclaim that the so-called ‘Bitcoin Bubble’ has well and truly burst.

Cryptocurrencies have long been controversial since their infiltration onto the mainstream finance scene, particularly given their unregulated nature.

Namely, government officials and financial institutions have been weary of the decentralised nature of the currency, which has been criticised for its propensity to be exploited by the dark web, criminals or employed in fraudulent schemes.

Last year, JP Morgan Boss (NYSE:JPM) Jamie Dimon famously dismissed Bitcoin as a “fraud” only fit for use by drug dealers, murderers and “people living in places such as North Korea”.

More recently, the Bank of England Governor Mark Carney echoed these sentiments, voicing his concerns over the potential dangers of virtual currencies.

During a speech at the Scottish Economics Conference in Edinburgh, Carney called for a crackdown on cryptocurrencies:

“Authorities are rightly concerned that given their inefficiency and anonymity, one of the main reasons for their use is to shield illicit activities. This cannot be condoned. Anarchy may reign on the dark web, but in the UK it’s just a song that your parents used to listen to,”

Alongside the plummeting price of Bitcoin, the price of other rival alternative currencies such as Ethereum and Litecoin has also followed suit this week, losing considerable value.

Nevertheless, whilst the future of Bitcoin remains uncertain, the blockchain technology it is premised upon continues to show marked promise for the future of finance and business.

In fact, major tech players such as Facebook, Google and Microsoft continue to invest in its development – and it seems Silicon Valley is onto something.

The global market for blockchain is currently valued at $700 million, with that figure only set to rise.

Some figures suggest that the value of the blockchain market could exceed $60 billion by 2024.