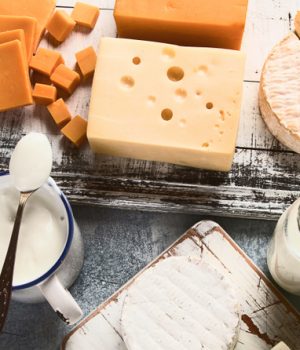 Dairy company Ornua has begun stockpiling cheddar in the UK to avoid the effects of price-hikes post-Brexit.

The Irish company behind brands such as Kerrygold and Pilgrims Choice have expressed fears that sales will plummet in British supermarkets if tariffs are implemented.

In a statement, the group said: “As the full implications of Brexit are unclear, Ornua is managing downsides and preparing for uncertainty. As such, Ornua has increased its storage capacity in the UK to facilitate increased storage of Irish cheddar. This is to ensure a consistent and secure supply to meet the needs of Ornua’s strategic customers in the UK market.”

The company is stockpiling cheddar in Britain and Ireland to beat any shock price hikes post-Brexit.

This year the group posted record sales of about £2 billion.

Ornua is not the first company to announce plans to begin stockpiling before the UK leaves the EU.

“Like the whole of the food and drink industry in the UK, we would prefer a good deal that allows the free flow of products as that would have less of an impact to the UK consumer,” said Hubert Weber, president of Mondelez Europe.

“However, we are also preparing for a hard Brexit and, from a buffering perspective for Mondelez, we are stocking higher levels of ingredients and finished products, although you can only do so much because of the shelf life of our products. We have a contingency plan in place to manage [a hard Brexit], as the UK is not self-sufficient in terms of food ingredients, so that could be a challenge.”

The Office for Budget Responsibility warned on Thursday that a no-deal Brexit is likely to lead to the shortage and hoarding of imported products.

“In a scenario where the UK and EU are unable to agree to the continued mutual recognition (‘grandfathering’) of existing product standards and professional qualifications, all existing goods may need to be re-approved before sale and services trade would be severely restricted by the loss of market access,” said the watchdog.