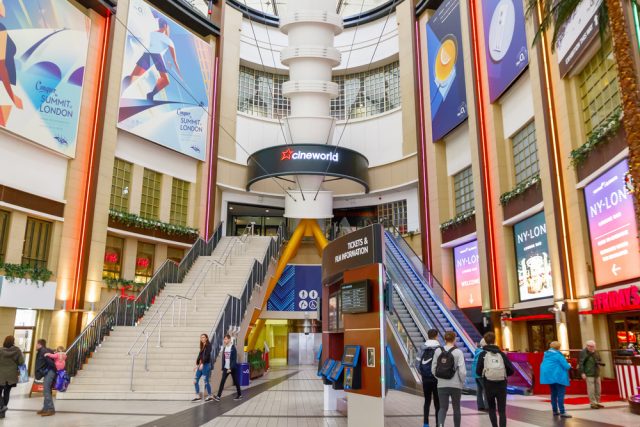 Cineworld announced an 11.6% growth in revenue on Thursday. Indeed, for the period from 1 January to 11 November, revenue grew with the assistance of a strong performance in the US. Despite the growth in revenue, shares have dropped today by over 5%.

Total US revenue increased by 13.2%, boosted by successful films. The success of “Black Panther”, “Avengers: Infinity War”, “Venom”, “Mission: Impossible Fallout” and “Ant-Man and the Wasp” drove US revenues across the year.

Likewise, the company’s European markets saw a promising performance in the second half of the year. UK and Irish revenue was recorded at 7.1%, driven by box-office hits. “Mamma Mia: Here We Go Again!”, “Incredibles 2” and “Bohemian Rhapsody” drove sales.

In addition to box-office hits, Cineworld revealed in a trading update that the group continued to expand. It expanded across four new sites in the second half of the year, opening 31 new screens. Of these four new sites, two are located in the US and two in the UK. Equally, in the first half of the year it opened six new sites. Currently, the group has 789 sites in total boasting 9,526 screens.

In May, Cineworld recorded a 10% revenue boost for the full year, and expected full year performance to be in line with expectations.

With the latest 11.6% figure, the group remains in line with expectations.

The group will continue to invest in the latest technology to fulfil its strategy. Across the period, Cineworld announced a deal to install 100 ScreenX auditoriums. Facilities of this kind offer an immersive viewing experience with a 270-degree panoramic view.

As the end of 2018 approaches, new releases are expected to further drive revenue. “Fantastic Beasts: The Crimes of Grindelwald”, “Aquaman” and “Mary Poppins Returns” are all expected to drive the next year’s revenue for the group.

At the start of the year, the group’s shares increased following its strong 2017 figures.