Home News Coca-Cola set to transition to a circular economy and invest heavily into... 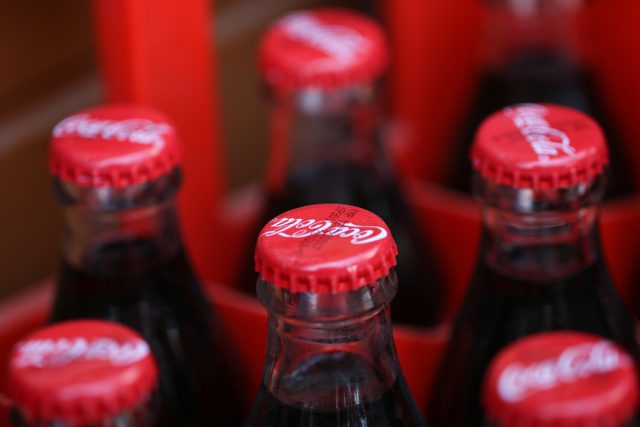 Coca-Cola HBC AG (LON:CCH) have announced that they will be heavily investing into France to support sustainable development.

The firm said that alongside Coca-Cola European Partners PLC (LON:CCEP) they will invest as much as €1 billion over the next five years.

At the Choose France Summit, Coca-Cola’s chair and chief executive in James Quincey announced a new “major investment plan” which expanded on the next five years.

Quincey and the French authors are set to discuss the deal on Monday, which will be pleasing for the French president.

Quincey said that the investment will be primarily used to add new products within the French market and support innovation.

The money will also go towards the expansion of Coca-Cola European Partners’ manufacturing plants, as the firm makes an active effort to promote environmentally friendly investing and sustainability.

Coca-Cola European Partners intends to “transition to a circular economy”, altering its packaging as part of this effort.

Having added a bottling line for glass bottles only in 2019, it will invest in its Socx, Dunkerque plant to add a “state-of-the-art aseptic bottling line in mid-2020” to meet higher demand for its ready-to-drink tea brand Fuze Tea and for Tropico juice.

“Additional investments across all five CCEP plants in France will enable the introduction of a higher quantity of recycled material in bottles and cans and the replacement of plastic by cardboard for secondary packaging,” said Coca-Cola.

Quincey concluded: “Coca-Cola has been part of France for a century, and our presence today includes more than 2,800 people who work for Coca-Cola in France, plus many more across our entire value chain.

“Today’s announcement shows continued commitment to France, helping to build the French economy and contributing to sustainable French communities for years to come.”

In November, the multinational said that they will be stepping up to ensure that their practices are in line with sustainability measures.

The move comes as part of Coca-Cola’s European strategy to expand environmental friendly policies and increased use of recycled plastic.

The drinks producer announced that the switch at the Jordbro factory near Stockholm would allow the reduction of 3,500 tonnes of newly produced plastic.

“That means a 25% reduction of CO2 emissions annually compared with before the transition, when the portfolio consisted of around 40% recycled plastic,” it said, referring to its Swedish operations.

Along with Coca-Cola, rivals such as PepsiCO (NASDAQ:PEP) are attempting to promote the use of recycled plastic as firms respond to plastic waste pollution worries.

The move as the first step in ensuring that all PET bottles are produced from 100% recycled plastic by the end of 2023.

Last year, Coca-Cola pledged to collect and recycle a bottle or can for every one it sells globally by 2030.