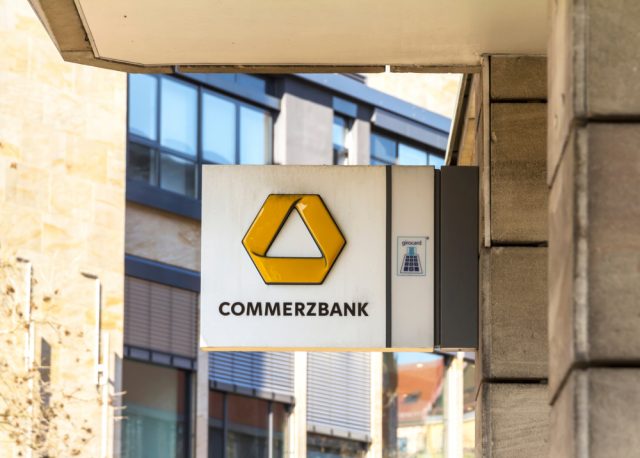 Commerzbank revealed a 54% decrease in net profit for its first quarter.

Commerzbank cited a higher tax burden of roughly €90 million as a reason for the drop in its net profit.

“We are addressing the right issues with our strategy”, Martin Zielke, Chairman of the Board of Managing Directors of Commerzbank, commented.

“Our growth with customers and assets is enabling us to strengthen our revenue base thereby compensating the effects from low interest rates and margin pressure. We’ll leverage the current momentum with our customers to further implement our strategy. With Campus 2.0 we will become ever more efficient. And of course we will continue to work on our profitability.”

The results come less than a month after the collapse of merger talks with Deutsche Bank, following concerns by shareholders over the complexities of the plan.

Had the two banks merged, then they would have held one fifth of the German retail banking market. Their joint employee numbers would have reached 140,000 workers world-wide. Additionally, the merger would have created a combined business with roughly €1.81 trillion worth of assets.

Many doubted the potential merger, with a representative of German union Verdi saying that the merger between the two rivalling banks could lead to as many as 30,000 jobs being cut in the long term.

“Business with our clients remains on a positive track. Even in a very competitive environment, Q1 is proof of the resilience of our corporate clients business and an example of what is possible. The challenge now is to build on this progress”, Stephan Engels, Chief Financial Officer of Commerzbank, commented on the results.

“We are continuing to implement cost reductions despite further increases in compulsory contributions and ongoing strategic investments. Our cost targets remain unchanged.”