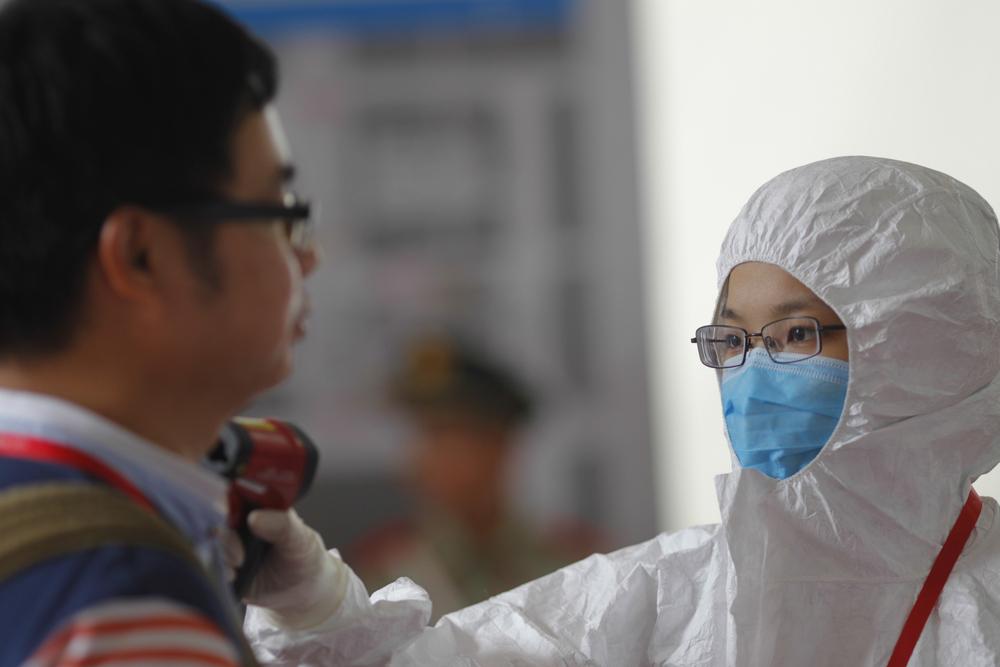 Asian markets fell sharply during the Tuesday session, with fears surrounding the fast-spreading potential of Coronavirus.

The virus, which first saw prevalence in Wuhan, China, has now claimed 6 lives, with 291 infected. Having thought the virus was passed from animals to humans, scientists have now confirmed that the virus can be transmitted from person to person.

It was also reported that Chinese hospitals had not been taking adequate steps to test and officially report cases of the illness, though the government is taking action to control its spread.

Apartment blocks in Shanghai being sprayed with disinfectant “powder” after a local resident was reportedly infected with the coronavirus. This video was posted by a friend and has not been officially verified pic.twitter.com/99vG22XX8O

There is also concern surrounding the economic impact of the virus. Doubts are being voiced surrounding travel to and from China, with the upcoming Lunar New York travel rush.

Similarly, questions are being asked about the safety of Chinese exports, with the first confirmed cases of the illness having been confirmed in the Philippines today, alongside existing cases in Japan, South Korea and Thailand.

We remind everyone to continue practicing self-protective measures to reduce your risk to infections like #coronavirus.

Australia announced it would be performing mandatory screening of all passengers from Wuhan, following confirmation that a man carrying the illness had entered the country. North Korea stated that it was temporarily denying access to foreign tourists, in light of the spread of the virus in neighbouring China.

Reacting to the developments, the FTSE, CAC and DAX all dropped as trading began. A glint of light was delivered following the start of trading in the US, as the Dow Jones suffered only minor losses, and helped European indices to regain their footing.

“The US open appeared to calm things on Tuesday, the Dow Jones not quite as afflicted by the coronavirus-fears that struck the Asian and European indices.”

“Losing 0.3%, the Dow slipped to 29250 after the bell. That’s far removed from the 1%-plus declines seen at the start of the European session, the difference in performance actually somewhat helping the likes of the FTSE and CAC reduce their losses.”

“The UK index is now down 0.7%, as is its French counterpart. Meanwhile the DAX, which was already outperforming its peers, cut its losses to just 0.2% following a far better than forecast pair of ZEW economic sentiment readings.”

“It is unclear at this point whether fears surrounding the coronavirus in China are already beginning to dissipate, or if it will remain one of the market’s underlying concerns over the coming weeks.”

“The pound received a lift on Tuesday, benefiting from a better than expected wage growth reading of 3.2%, including bonuses, against the 3.1% forecast. Combine this with Donald Trump talking up the potential for a ‘tremendous’ trade deal between the US and UK at the WEF in Davos and sterling was able to rise 0.4% and 0.3% against the dollar and euro respectively.”

“Looking ahead to this evening and Netflix releases its fourth quarter results. The update comes between the launches of Disney+ (NYSE:DIS) and Apple TV+ (NASDAQ:AAPL) last year, and the impending introduction of HBO Max (NYSE:T) and NBC’s Peacock (NYSE:CMCSA), meaning subscription numbers are going to be main driver of the post-release reaction. The company is expecting to add 7.6 million net new subscribers – 7 million internationally and around 618k in the US. Arguably even more important will be its guidance for Q1 2020, especially if it shows the impact of its emergent rivals.”