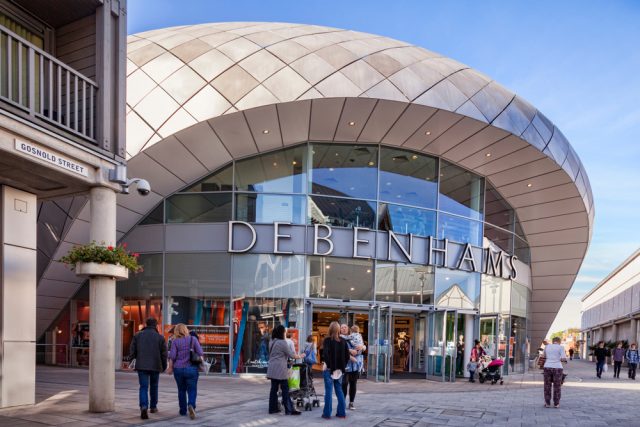 Debenhams (LON:DEB) edges closer to falling into the hands of its lenders on Tuesday having rejected a new attempted rescue plan by Mike Ashley. Its shares were suspended before trading began on the stock market Tuesday morning.

Sports Direct (LON:SPD) boss Mike Ashley made an improved offer in the early hours of this morning of £200 million to underwrite a rights issue. In exchange, Mike Ashley would become CEO of Debenhams.

Sports Direct is desperately trying to save its 30% stake in the business. All of Debenhams’ shareholders risk being wiped out if its potential restructuring plans are pursued.

Mike Ashley’s offer was rejected on Tuesday morning, in addition to the £150 million rescue plan from Sports Direct on Monday.

“The company is in discussions with its lenders regarding the availability of the remaining facilities that have not yet been drawn down,” Debenhams said in a statement.

However, this is only likely to happen in the event of lenders taking full control of the operating assets.

Debenhams currently has debt facilities of £720 million. The business also announced on Tuesday that its shares were suspended.

“Further to its announcement at 7.00 am this morning, Debenhams plc has requested that its shares be suspended with immediate effect, pending a further update,” another statement read.

The back-and-forth battle for control with Mike Ashley has been going on since the start of March, and they each request that Mike Ashley be made chief executive of the ailing department store chain. Among these offers was a £61.4 million bid for full control of Debenhams.

Should Debenhams fall into administration, it would be the latest high street name to suffer from difficult trading conditions. It will join names such as Toys R Us, Poundsworld, Maplin and HMV.

At 08:37 BST Tuesday, shares in Sports Direct International plc (LON:SPD) were trading at -0.43%. Shares in Debenhams have been suspended.