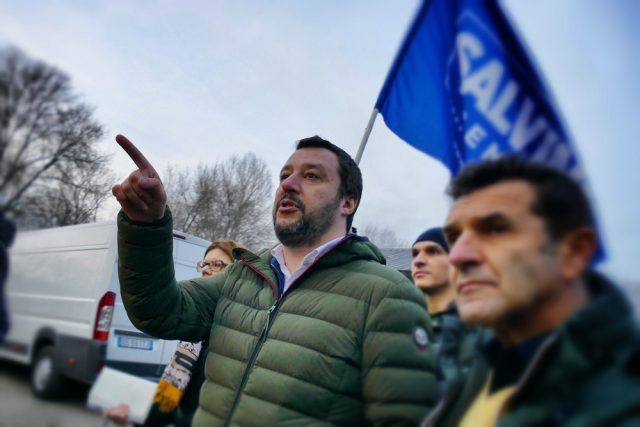 The League came in first with 34.3% of the vote, followed by the Democratic Party with 22.7% and the anti-establishment Five Star Movement third with 17.1%.

Italy’s League was particularly popular in the north, which is no surprise given that it only recently changed its ideologies that exclusively targeted the north of the peninsula, whilst the Five Star Movement was strong in the south.

In the 2018 elections, Salvini’s League finished third with the Five Star Movement coming out on top as most popular. In a situation of political deadlock, the two parties reached an agreement and formed a coalition.

Salvini’s populist party is renowned for its euroscepticism and its particularly strong stance against immigration. It originally had an anti-southern Italian ideology and discriminated against the south, opposing the migration of southerners to northern Italian cities.

Salvini thanked voters in a tweet that reads “one word: thank you Italy,” whilst holding up a banner with the writing “1st Party in Italy THANK YOU”.

Home to the third-largest economy in the Eurozone, it was announced that Italy had slipped into its third recession in a decade at the end of January.

It spent months quarrelling with Brussels last year over its ambitious budget plans. The government’s original deficit plans breached rules on government borrowing. The 2.4% figure may have been below the EU’s deficit limit of 3%, but It remained far too high for a country whose debt is as large as Italy’s, posing a threat to the Eurozone.

“Salvini is the true leader of a dangerous government,” said the head of the Democratic Party, Nicola Zingaretti, according to the Local Italy.

“Now the government is even more fragile,” he continued.

What does the triumph of the eurosceptic populists mean for the future of Italy and its relationship with the EU?